It's one of the last places that I would expect to see a Great White. The usually pristine waters of the Great Barrier Reef  is a common haunt for me and although Tiger Sharks, Hammerhead Sharks, Reef Sharks and plenty of Whaler species call my local spots home - I would never have expected to run into a Great White! 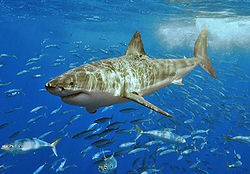 Aren't they supposed to be down South?! Guess not. As Great Whites grow in numbers we can expect to have more and more encounters with these magnificent, yet feared, creatures. 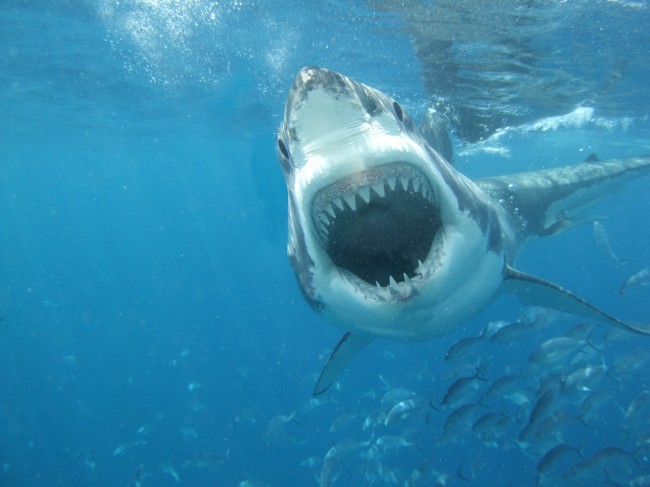 An AusFish Forum member was lucky enough to run into this 4m White right where I was diving in some 4m-8m visibility on the Easter Weekend. It was overcast, murky, and gusting up to 25kn winds. But we had a great day out nonetheless. 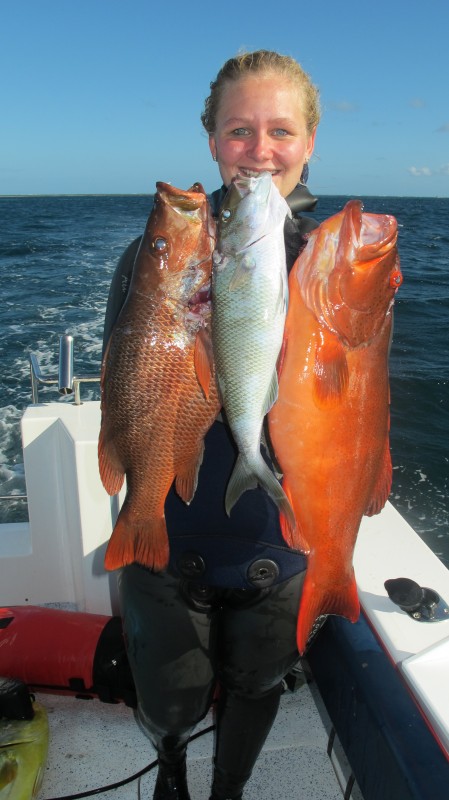 This time of year is well known for shark activity. The line fisherman had this to say about his encounter:

"Got in a 1.5 day trip to 1770 just prior to easter, weather man got forecast for day 1 correct but we were late getting away and didn't start fishing until 2pm and didn't put much in the box, day 2 was blowing 20knots but bumped out way out to a couple of marks and found some cracker ground on the way only to be continually nailed by the tax man. Managed a couple of good reds but sharks got more than we did, I have never had them so thick in all of my trips to the Bunker Group, even in the shallows at night we had 5 reef sharks circling the boat!! Not long after bringing up half a red on the second day we had a very large and very toothy visitor come check us out for about 15 minutes!! Solid 4 metre+ Great White!! Very very cool to see up close, was in no way aggressive and just an awesome sight!"

Here is the video that he captured:

In other news, it was a great day on the water with some nice fish taken. We worked hard for the fish we did get as the visibility wasn't fantastic as far as the reef goes, but still a good time was had by all. 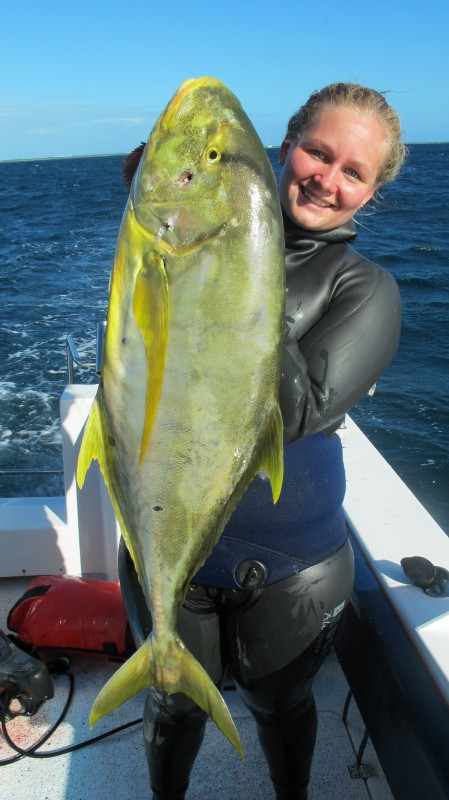