The 54th Annual Pacific Coast Spear fishing Championship was held over the east long weekend and was a great success. The competition attracted around 60 divers this year from different areas representing many clubs. It was a huge pleasure to see so many very keen young juniors signing on for the Friday skills session with Les Tryk and the afternoon competition.

Friday’s conditions were not the best however everyone gave it their best with great fish brought in by the juniors landing them some great prizes. The weather decided to give up and blessed us with two spectacular days on the water, visibility was good, water was warm, seas were flat and most importantly the fish were on. 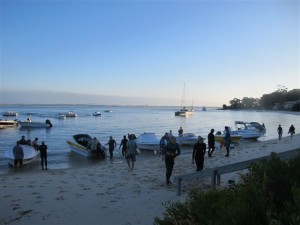 Saturday’s weigh in was a spectacular sight with a dozen nice yellowtail kingfish, Simon Connell’s fish tipping the scales up to 16.5kg securing the Bluewater shootout largest fish and $500 cash prize. The weigh master had a tough choice deciding on the most meritorious fish for the weekend with fish like Steve Elias Purple Cod, James Turner’s 5+kg Snapper and Connor McCook’s Mangrove Jack. 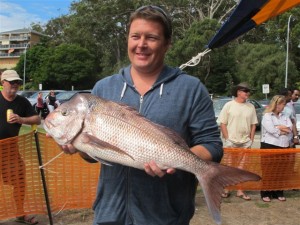 The fish auction was once again a great success with hundreds of dollars raised for the Westpac Helicopter Service and many happy locals walking away with fresh seafood. I really hope everyone enjoyed this year’s competition as i certainly did, thank you to everyone who attended and made the weekend possible. 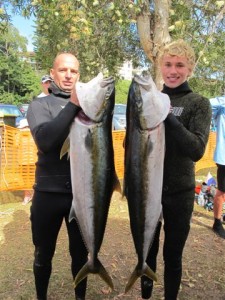 I would like to thank the Newcastle Neptunes for hosting the event and all the sponsors for their contribution to the fantastic prize list. A special thank you to ADRENO one of our Major sponsors whom provided us with some of the top level prizes that everyone was eager to get their hands on. I cannot wait till next year. 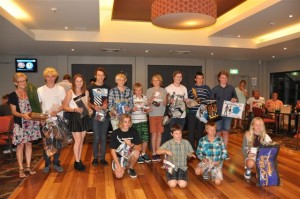 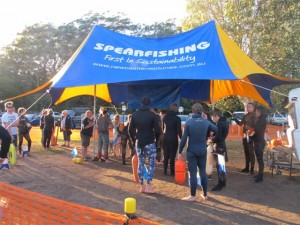 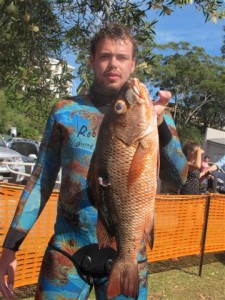 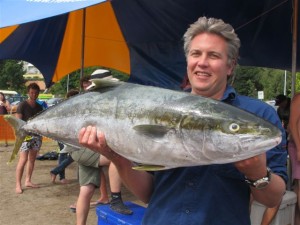 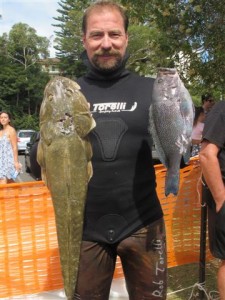