From the 12th-18th of January, the 61st National Spearfishing Titles will be held in Sydney, NSW.

Each year, spearfishing  competitors from all over Australia travel to compete in the National Titles, which are held in a different State every year. The competition is scored on 100 points for each species, and 10 points for each kilo (usually up to 15kg) - with only one of each species allowed to be weighed in. This points system makes these spearfishing competitions very selective and challenging, with the ultimate fishing pressure spread across a variety of species, with limited points given for weight.

Competing at a State, National and Interpacific Championships level is challenging for a number of reasons. Divers are not allowed to travel in a boat during the competition. In State and National competitions, there is typically one or two safety boats patrolling the divers, of which there are sometimes more than 40! The divers all start in the same area, at the same time, and have to swim many kilometres, and dive a variety of grounds, to find as many species as they can. 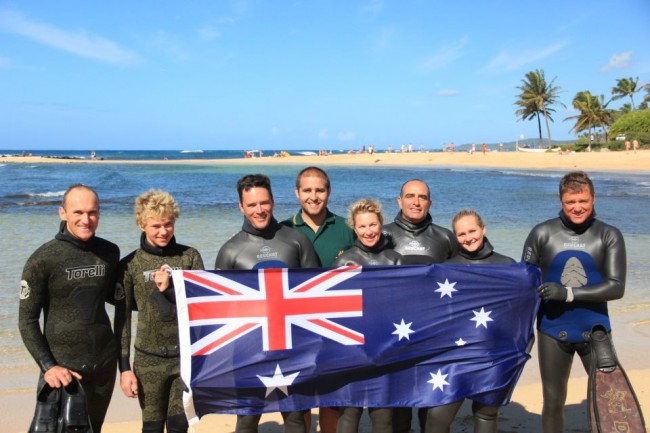 Competitive spearfishing at this level is a challenge because, to do well, spearos must have the ability to dive in whatever conditions they face on the day, in whatever depth the species are located, and have the hunting techniques required to spear a variety of species.

For a few days, and sometimes up to a week, before the competition, spearos will often scout the competition areas. While they may take guns with them, they are not allowed to shoot fish, and doing so may result in disqualification. Scouting is a useful tool in these competitions, as it gives the diver an idea of what species they are likely to encounter on the day, and the diving conditions of the area. However, it never ceases to amaze us all how quickly those fish go into hiding when 40 divers are in hot pursuit of them! This often turns the competition into a swimming competition - with the fastest spearos in the water, who are able to reach the best ground first, taking out some of the best species. 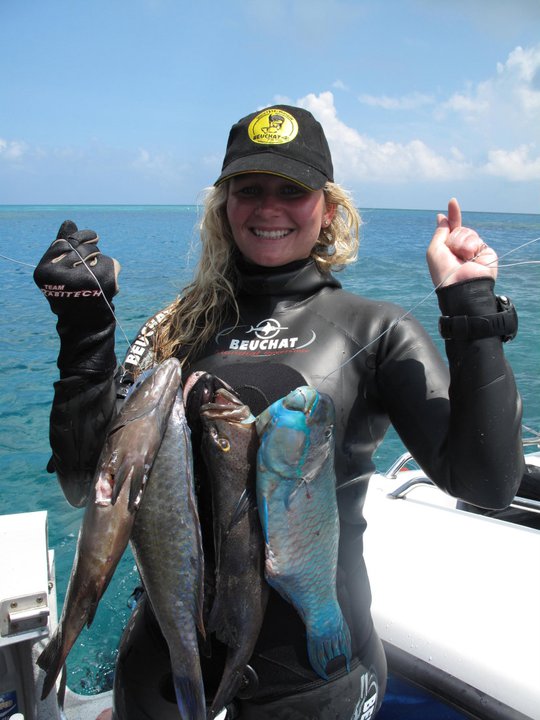 For this reason, State and National competitions test all of the skills of a diver - from their fish sense to swimming abilities, their hunting tecjniques to breath hold, their fitness levels and stamina, and even their mental abilities. Yep, a strong mind is very important for competitive divers! Out there alone for 6 hours, for 3 days straight, without a buddy, or a boaty, or a GPS, facing the elements of current, wind, waves, bad visbility, and not to mention the many sharks, can be a confronting experience for the most seasoned of divers. But at the end, it is all worth it, and completing each day of diving is a great feeling.

I have been lucky enough to compete in two national titles, one state titles, and two interpacific championships in my short two and a half years in the sport, and they have all been absolutely amazing experiences. I like to compete because it gives me an opportunity to travel to various spearfishing locations that I would not normally experience, such as North Queensland's reef, Exmouth in WA, NZ, Queensland's Great Barrier Reef and even Hawaii. During the competitions, you can learn a lot about spearfishing from some of the best and most knowledgeable divers in the country - it is an all-round great experience! 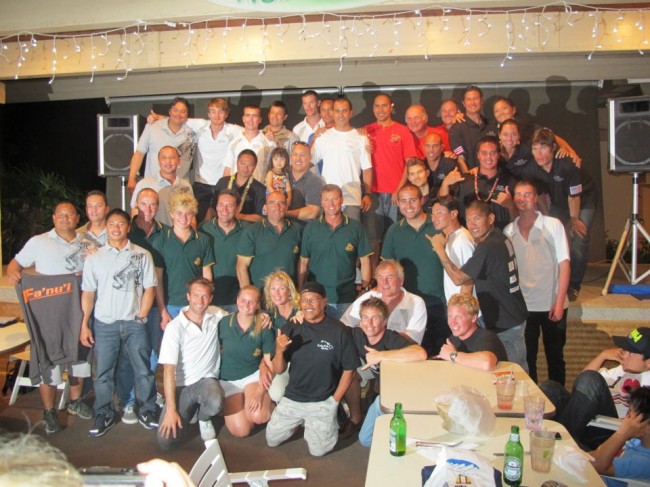 Next week I will be heading to Sydney where I will compete in 3 days of diving, and one day of filmfishing and finswimming competition. Having been busy completing my degree this past year, I haven't gotten a lot of diving in, and I only found out a couple of days ago that I could go to Sydney and compete in the National competition, thanks to the support of Adreno, so I will head down and give it a go!

With some of Australia's greatest competition spearfishermen living in Sydney, including eight-time Australian Spearfishing Champion Ian Puckeridge, it will be an interesting competition to observe, and I will be able to fill you all in every day on the progress of the competition.

I'm looking forward to it, and can't wait to get in the water!