The other year when Kate and i were sailing around the south pacific we ran into a guy called Paul Linguin. Paul was from the Solomon Islands in the Western province, from an island called Simbo. Simbo island is a regular stop off for Yachties when leaving and entering the country before or after clearing customs. The island has a fairly large population with one side being mainly Seven day Adventists and the other being mainly United. On the South end of the island is an active volcano covered with yellow sulphur down its side, plus an active underwater volcano a few miles off the island that went ape-shit in the 2008 earthquake. The 2008 earthquake lowered the northern end of Simbo by one meter and raised the southern by 3m, several people were killed when one of the villages sank into the ocean. 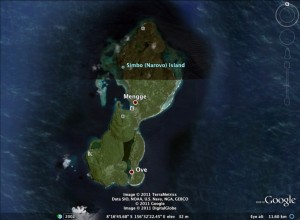 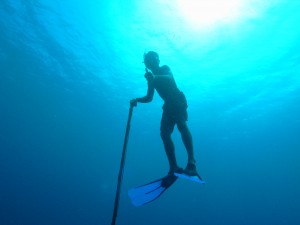 Anyway back to the story, this bloke Paul was without a doubt the best diver i had meet while travelling around the islands. He had a pair of small fins plus a mask and snorkel, also he made his own spearguns and was the only person over that way to use a flopper and a shaft line for spearfishing. This bloke was pulling 25-30m dives with good bottom time, (the lengths this bloke went for a surgeon fish was amazing). It was funny to see that even in the solomons there is a rivalry between fishermen and spearfishermen (but only if the speros are getting good fish). Diving for two weeks with Paul was good fun, all the diving was done out of a traditional dugout canoe. The entry point for the canoe was on the Southern end of the island into a large swell that would dump onto the the rock walls (hectic). On the South east side of the island just below the active sulphur spewing volcano lye's a rock, referred to as the "spot", a ridge runs in the same direction as the island only 20-30m from the rock with the rock coming out of 20-25m of water this is a good spot. Paul was mainly after Navi Navi (barracuda) and Topa (humpheads) getting good money in Gizo for these fish, But Dogtooth and Spanish were the true prize fish.

If your looking for a mad jungle style hoilday, but not jungle, jungle. Get to Gizo in the Solomon Islands, when in Gizo you will need a long boat ride to Simbo, (just ask around in the markets) it will coast around 100 sol dollars (give or take but the exchange rate is good) When you reach Simbo ask for Paul the speafisherman from the Seven Day Adventist side., all sweet from there. Make sure to take food supplies from Gizo with you. 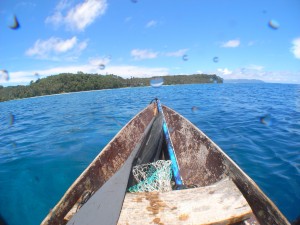 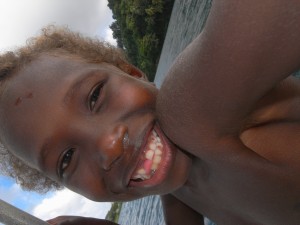