When I first heard that Adreno was offering a $1500 sponsorship for ANY spearfisher, I was excited to watch the entries roll in and to see who would snap up this fantastic opportunity! With only a few weeks left to get your entries in, I thought it would be good to give a bit of advice and insight on my experiences as a sponsored spearfished with Adreno and Beuchat. Many keen spearo’s who are interested in entering the competion have asked me about what it takes, what they’d have to do, what they’d get in return and the number one question, whether they’re good enough. So here is a bit about me and my journey, as well as what I think Adreno is looking for. I hope it encourages you to get your entry in because this really is ANYONES opportunity. 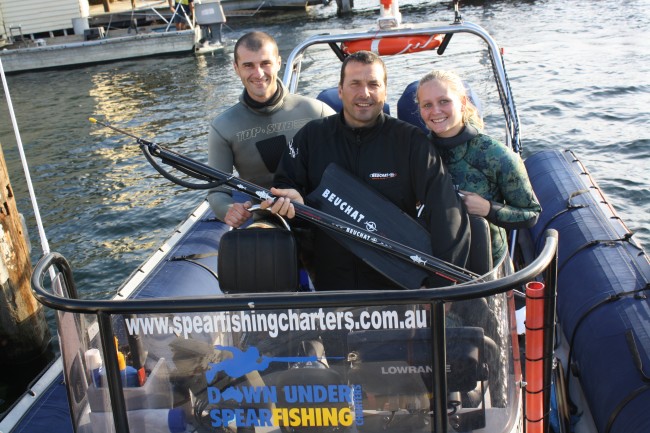 At the beginning of last year I met a group of guys who would not stop talking about spearfishing. “What’s spearfishing?”, I asked. Within a few days they were throwing me overboard, in the middle of the ocean, with a loaded gun, saying “just shoot the fish behind the eyes”. I didn’t shoot my first fish that day, but I saw turtles, whales, cuttlefish – it was a whole other world! - So I persisted. On the next trip I got a great shot on good sized bream - that was it, I was hooked. I invested in some cheap spearfishing equipment and endeavored to get out as much as I could. I joined a club, Sunny Coast Skindivers, who helped me out and got me involved with more like-minded spearos. My brother and I also got our boat licenses, purchased a cheap ex surf rescue ducky with a 25hp Yamaha on the back and whenever the weather was good (even when it wasn’t!) we’d head out to Carramundi at the Sunshine Coast to experiment with our new sport.

Fast forward six months and while wandering around Adreno I met Jayme-Lee Neilsen, who was the Austrlian Ladies Spearfishing champion at that stage. Jayme invited me along to participate in the National Titles that was held last December. Adreno gave us both wetsuits and great prices on other gear we needed to get us to the titles. In return, all I had to do was write a couple of articles and a blog! EASY! Straight away it was clear to me that the opportunity I was being offered was a once in a lifetime deal. There was talk of traveling overseas, sponsorship from Beuchat and endless spearfishing adventures! At that stage, it all seemed like a distant dream.

But after winning the ladies titles at nationals last month I traveled to NZ (my first overseas trip!) to compete in the Interpacific Spearfishing Championships. Adreno helped us out again and as promised, Beuchat also got on board, supplying us with new Marlin Carbone Fibre guns and 5mm Mundial wetsuits! In addition to that just last week I got to travel to Sydney for the weekend with triple world spearfishing champion Pedro Carbonell! I got to be his dive buddy, watch how he spears, and had a great time along the way. I also met Sue Dockar (who I will tell you more about NEXT week!), a truly inspiring lady that I had heard so much about! 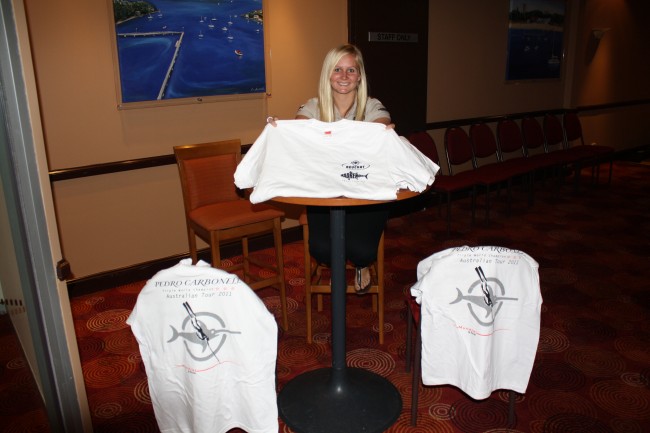 I was always conscious of the fact that I was and still am only new to the sport and I worried that it would affect my ability to give back to Adreno as much as they had given me. But I really think being a beginner has, if anything, helped my cause! We read endless articles written by experienced spearos, so maybe it has been good to get some stuff out there from the less experienced.

Adreno is looking for someone who is KEEN. Who is willing and able to get out there, shoot some fish, make some mistakes and tell a good story about it at the end. You don’t have to be experienced, you could be 15 or 50, it doesn’t matter. Tell Adreno about some spearfishing trips you have planned, about any comps you have competed or want to compete in. Tell them how you train, how often you get out, what your favourite fish so far is and what’s on your hit list for the future. Most importantly, throw some ideas at them for what kind of things you want to write about, how many blogs you’d like to do, and really CONVINCE Adreno that you’re going to make it worth their while. This is an easy $1500 worth of gear guys! You’re essentially getting paid to do what you love and it will open so many doors for you. So what are you waiting for...if you haven't download the PDF and start working on your entry. Good luck! And I can’t wait to see what you send in!