The 2012 Adreno Big 5 Online spearfishing competition was a huge success, with over 50 divers entering the competition. We have now tallied up all of the scores and it is our pleasure to announce the winner of the Most Meritorious senior category and the epic DiveR fin blades prize.

With so many unreal fish entered, this was a really tough category to choose a winner for. We passed the task of choosing the lucky winner off to a king of meritorious fish, Cameron Kirkconnel. Some notable fish included a couple of 34kg Cobia, a 39kg Spanish Mackerel, some awesome Maori Sea Perch, a 34kg Kingfish from central NSW, and a nice 8kg Purple Cod. But in total, the competition was filled with nothing but high quality fish, which is always great to see!

In the end, Cam's decision was made based on the fact that to land this fish in Oz is absolutely 'incredible'. So congratulations to Brett Carter for his 68kg Dogtooth Tuna, the Most Meritorious fish entered in the 2012 Big 5 spearfishing competition! Brett is now the proud owner of new DiveR fin blades thanks to Ray Powell, owner and manufacturer at DiveR Australia. 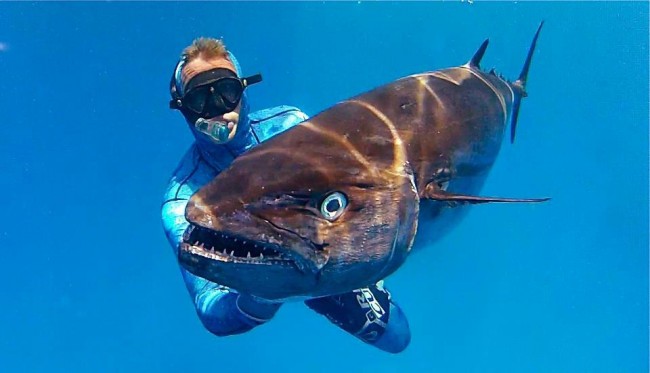 But with so many amazing fish entered though, Cam couldn't help but go ahead and award a second place Most Meritorious prize to one outstanding fish. Cam said that this pending World Record fish is outstanding because they are 'difficult to spear in that they are usually in deep and dirty water'. That fish is none other than Bryson Sheehy's 13.9kg World Record Red Emperor! Congratulations Bryson, you have won a set of Carbon Fibre Beuchat Freediving Fins! 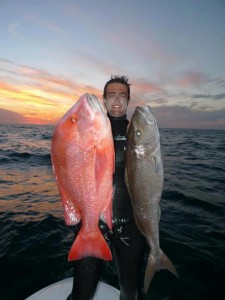 BUT one more prize is being given out for this category! Third place for Most Meritorious senior fish is awarded to another huge Australian Record fish. The monster was landed in local waters and pulled the scales down to 39.8kg! Congratulations Brandon Chan on your Australian Record Amberjack, and new Beuchat spearfishing wetsuit prize! 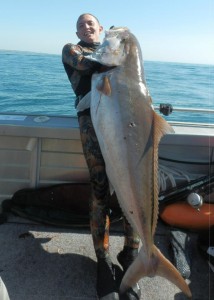 Congrtulations to all of the competitors, and to the three winners!