The Big 5 competition has had some more great entries rolling in. We're not even halfway through the competition yet, so it's not too late to jump on board and start weighing in your species to share in fantastic prizes including DiveR fins, Aimrite Spearguns, Riffe spearfishing equipment, Rob Allen spearguns and equipment, Beuchat wetsuits and spearguns, GoPro cameras. 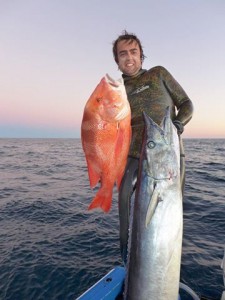 Bryson Sheehy with a cracker 29.5kg Wahoo that he entered in for the Game 5 category

The current top 10 is constantly changing each week as more species are weighed in. As we predicted, those spearos in the top positions are not weighing in the biggest of each species, but instead they are weighing in small to modest sizes of the species because the competition focuses heavily on number of species, and not so much on weight. You are better off weighing in every species you spear and then upgrading once later in the year if you get a bigger one, rather than leaving it too late and missing out.

The top 10 competitors are:

You can view the placings of each diver in the 11 different categories through our Facebook Page. Simply click the word 'FIVE' below our cover photo that is shaped like a fish. Check out the full list of results here.

Junior divers are doing extremely well this year as well, with two of the Top 5 competitors being juniors. 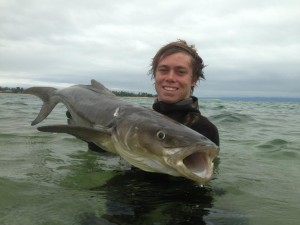 Junior diver Joey Atzeni is smashing the competition in the top 5.

Did you know that you can weigh fish in that you have caught in a competition? Simply keep a copy of your score sheet which validates the weight of the fish, and upload a photo of you with the species that you want to enter. Daniel Mann weighed in a few fish that he caught in the Couldwell Cup simply by giving us a copy of his scoresheet. 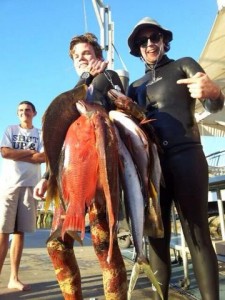 Daniel Mann with some of his species from the Couldwell Cup that he also weighed in for the Big 5.

Keep the entries rolling in! Remember, all you need to do to enter is take a photo of your fish on some scales, with proof of date next to it (phone, newspaper, dive watch etc) and then post it on our wall within 1 month of capture. Easy! 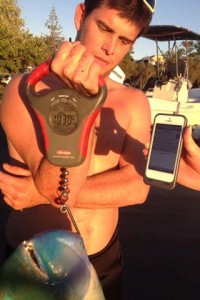