Blog Menu
What is it?
Ciguatera is a kind of food poisoning contracted from eating certain species of fish in tropical and sub-tropical waters. The toxin begins as clinging to  seaweed, coral and algae, which is then eaten by herbivorous fish who are in turn eaten by larger carnivorous fish. In this way, the toxins move up the food chain, all the while accumulating in the larger fishes system.When we eat lots of these larger fish, which are effected by ciguatera, we then contract the poisoning. 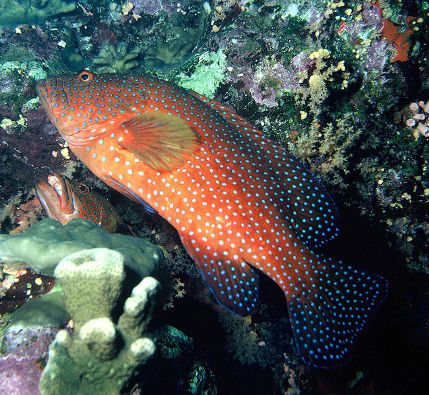 Which Fish Should I be Cautious of Eating?
There is no exhaustive list of fish to look out for. Some common hosts of the toxin include large bluespot trout in warm waters, large spanish mackerel, slow growing fish like coronation trout, peacock cod and coral cod, red bass, chinamen fish and paddle tail snapper.
Basically, any fish which is an older/bigger specimen should be treated with caution as they have ultimately had more time to accumulate the toxin from eating smaller fish which have acquired it. 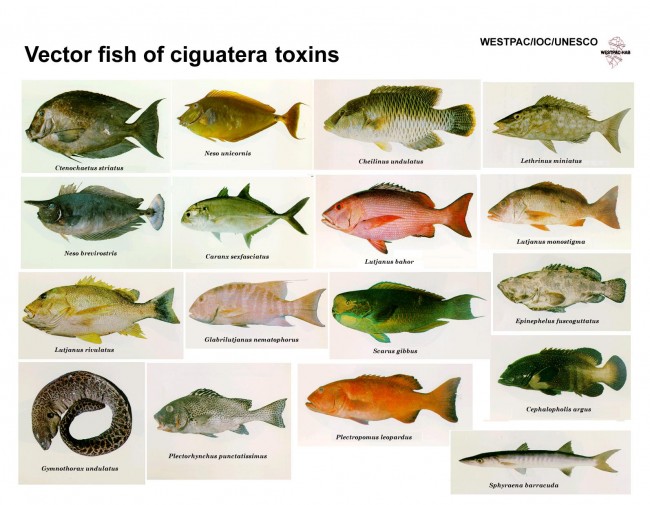 Does that mean I can't eat those fish?
Don't worry, you can still eat most of these delicious fish. The worst specimens (red bass, chinamen, large bluespot trout, paddletail etc) are already no take species in Queensland so you're protected in that way.
With all of the other species, that old saying 'everything in moderation' rings true. Don't eat too many/much big trout, big spanish, big coronation trout etc in a small period of time as your body will build up the ciguatera toxin and you could all of a sudden have an outbreak.
How do I know that I have Ciguaterra poisoning?
Symptoms of the ciguatera poisoning vary but include:
-  Nausea, vomiting, diarrhea;
- Headaches, muscle aches, numbness, vertigo, hallucinations; and
- Cold alloynia, which is a burning sensation on contact with cold.
Many of us probably already have a small amount of ciguatoxin built up in our system from eating spanish mackerel and coral trout. Once you have had ciguatera once, subsequent break outs are likely to occur. If you continue to eat contaminated fish damage could be permanent, so be careful.
How do I know if my fish has ciguatera poisoning?
Some overseas countries have ciga testing kits. However, they're not readily available in Australia and the results seem to vary. There are many old wives tales which are supposed to show ciguatera toxin, however these are also unreliable. It has been said that one of the best ways to tell is when fileting the fish - if your hands become tingly/numb afterwards it is likely that the fish has ciguatera.
Don't panic though. Ciguatera poisoning is fairly uncommon. Just try not to eat too much of the possible carriers of the toxin in too short a period of time and you should be fine.