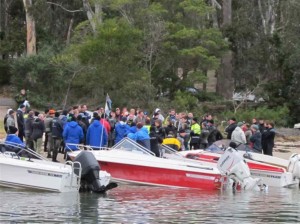 Eden!  The name itself sounds like Paradise long before it got spoiled by humans, and for spearo's in Australia it means just that 'Eden.'  The 3 Way State Titles in Eden is THE major competition of the year. Held at Eden on June 10th 2012, this fantastic one day event attracts over 100 competitors. Adreno Spearfishing Supplies sponsors the event with generous prize: a Beuchat Mundial Freedive Computer for one of the lucky winners.

The 3 Way State Title in Eden attracts all levels of spearos and is a fantastic social event, plus you get the opportunity to dive against some of the hottest names in Australian spearfishing, past present and future. This competition has become the largest spearfishing event in Australia with over 100 divers competing and last year, 42 boats registered for the event. Don’t miss it! 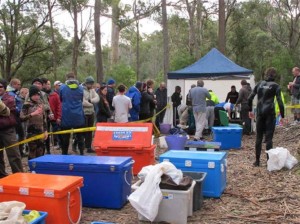 A long way away, but worth it It is a long road to Eden, both literally and figuratively, with at least 300km travel time for divers.  Eden is beautiful, but one of those spots where the conditions are great one day and a shocker the next and it has happened in previous years and it has led to cancellations. But according to the organisers and participants it is certainly worth it: because Eden is situated a long distance from any major population centres, the fish numbers aren't getting hit.

Also this time of year the divers sometimes catch the tail end of the EAC, meaning clear water, (most of the time), a large fish population as you get a cross over from temperate species and cold water species. To top it all off, there is plenty of shallow water diving with kilometres of coastline to explore, with a water temperature between 12 - 18 degrees. Weather ranges from balmy sunny days to sleet and snow on the surrounding hills. 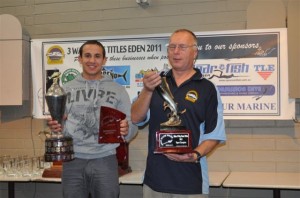 Here's all the details:

This is THE event on the spearfishing calendar. Don't miss it! SUNDAY 10TH JUNE 2012

This is a massive event with over 100 competitors expected, a prize pool of around $7000 and the top competitors from the east coast. If you haven't dived Eden before you gotta give this one a go.