Conditions for the day were just about perfect, a bright sunny day with a lake –like ocean unruffled by wind or swell and with good viz - a perfect autumn day. 51 divers signed on for a brilliant day of diving. There was a great diversity of divers from several first timers to seasoned Australian Team members, men women, young and old from 14 up to 72, boat divers and rockhoppers.

After gathering for the roll call on the beach with a safety talk on conditions for the day it was all go, with the majority of divers heading South, some East to Montague Island, some North and others in the car to fish down at Bermagui.

There had been a North South current running the week before the event and this day was no different. The current off the Island was running at 3 knots which made for some challenging drift diving out wide, at Foul House reef. The fish were there if you had the foresight to line them up before you flew past and ended up in deep water at the end of the reef.

Close to shore the current was non-existent in some spots and running hard at the next headland. A couple of divers had some close calls with a couple of very cranky Bronze Whalers that were aggressively marking out their territory. Another group of divers got distracted from the comp when they stumbled across some very nice Eastern Rock Lobsters.   There was plenty of fish around and a couple of very unusual ones - Max Lindsay weighed in a Warehou, I’ve never seen one before as hadn’t many others. Warren Carter has a pending new State record for a Painted Morwong, similar to a Banded Morwong but with a distinctive dot pattern on its tail, lots of great eating fish; Sea Sweep, Blue Throat wrasse, Boar Fish & King fish were presented at the weigh in. 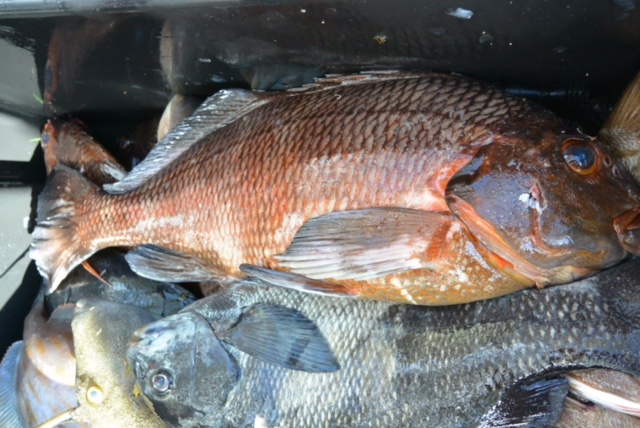 Jack Lavender won the day with 20 species of fish, (only one fish of each species is able to be weighed in). This is some achievement on a restricted score sheet, Jack is the gold standard at the moment, current State Champion, and having just returned from Guam where he represented Australia and was our Country’s highest scorer there. Warren Carter was a close Runner-up and Troy Lilliendal third. Dave Davies won the Grand Masters, Gunther Pfrengle the Masters, Troy the Veterans and Conner Elliot the Juniors’ closely followed by Zeb Lilliendal.

My money for best diver goes to Josh Green who won the Intermediates and finished 5th overall. He was rock hopping along with Max Lindsay - they both had a big swim out to the Brothers at Bermagui, fished hard all day with no assistance other than their own ability, ticker, and fitness. Great result and to me embodies the spirit of the sport.

The Presso was well attended and enjoyed by all. Everyone went home with a lucky door prize generously donated by our sponsors. The Invis Wetsuits were the first to go, followed by the Adreno Float and flags. These are a highly robust and visible spearfishing float, tows easily, can withstand truckloads of abuse and most importantly makes you more visible to passing boat traffic (that is lethal) and visible to your other mates in the water.

Great competition and hope to see you all back in 2018.