Deep, clear, fresh water… a beautiful place to dive provided you have a decent two-piece suit! Open cell inner is warmest, and, if they fit well, most freedive suits are effectively semi-dry rather than wetsuits. Armed with my 5mm and gloves, I figured I’d brave the monofin (no space for booties!) until my feet got cold. The water at the first site was surprisingly temperate at 15 degrees, so it didn’t end up being an issue. 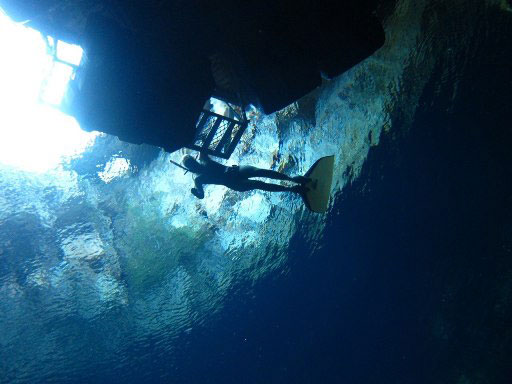 We went there for recreational diving rather than training (it went about 25m straight down, after which I’d need to swim on a diagonal) so kept things shallow and safe – it’s not really suitable for deep diving. In the summer, as the sun passes overhead, there are shafts of light that illuminate the water all the way to the bottom, but instead we had passing showers. Not that this was a disappointment: watching the rain hit the surface from beneath is nearly as spectacular. 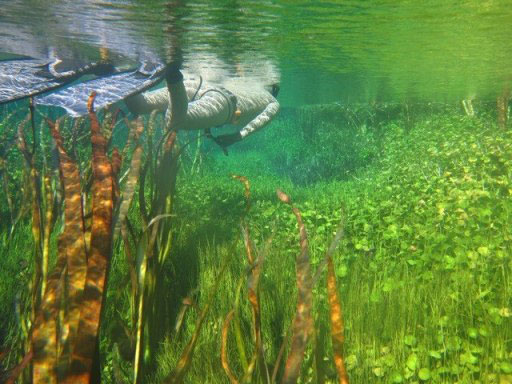 On the second day two of my buddies went off to do some cave diving and I went snorkeling in Ewen’s ponds (6-8m) with the other. Because of all the rain they’d had, a lot of the algae normally attached to the reeds had been washed away. Connecting the ponds (there are three) are shallow channels, and as you swim down them it really feels like you’re in a fishbowl. There are bright green water plants, tubers and reeds, and the water is as clear as air. Freshwater perch are in abundance, and are as curious as they are flighty: if you turn around, it’s likely they’ll be hovering around your fins. The ponds were fresh at around 11 or 12 degrees, but I had my (5mm) booties and bifins and the sun was out for most of the day. 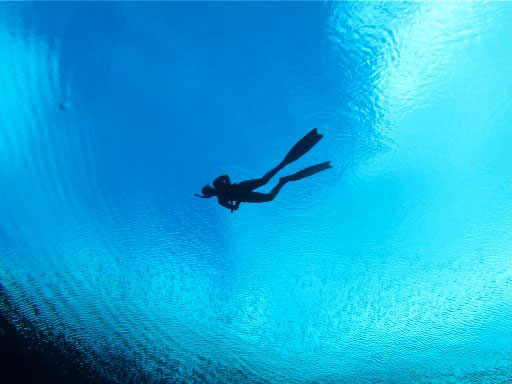 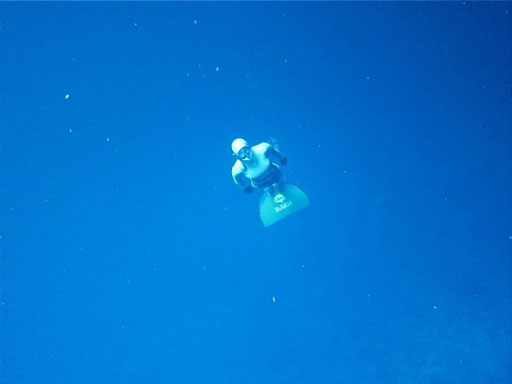 You can see the complete photo gallery here: thanks to Anthony Pearson and Sarah Speight for the photos!

Jody has set fifteen national records across all competition freediving disciplines and was awarded 2011 AIDA International Newcomer of the Year for her achievements.