With Sunshine Coast spearfishing being so quiet lately, a few of us have been watching the weather for weeks, waiting for a good opportunity to make a run for the reef off Gladstone. We had a couple of failed attempts with the weather changing at the last moment, but thoughts of the variety of reef and pelagic species we would encounter kept our hopes high.

Finally, a window presented itself. A new friend from Gladstone, Woody Falls, had two spare spots on his boat for a friend and I so we quickly planned to head wide in the predicted glass-out conditions. 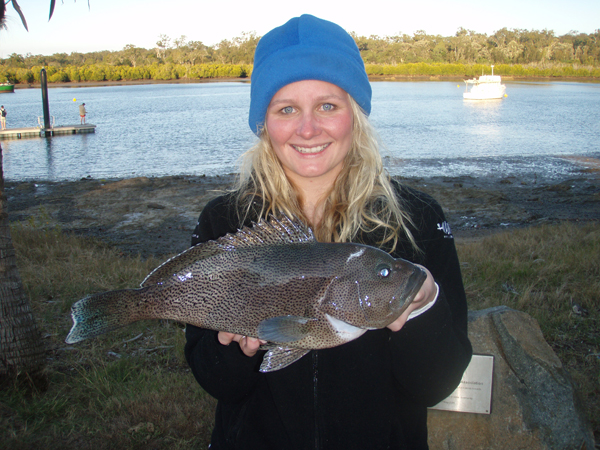 We pushed off at 3am, giving us a few hours before light to reach our destination of Broomfield reef – but there was definitely no glass off! We slugged on through 2.5m swell and 25knot winds for three hours, but the GPS told us we were getting close to our destination so we were still in high spirits….until the motor cut out. We had gone through the entire main tank of fuel just on the trip out! In these conditions, we weren’t going to make it to the reef and back without running out of our 300L of fuel (which we expected to be plenty!).  Instead, we dived some weedy, sandy bottom for an hour – where Karl and I both got our first Purple cods, and Frans got a small Spanish – before heading in to dive closer to shore. 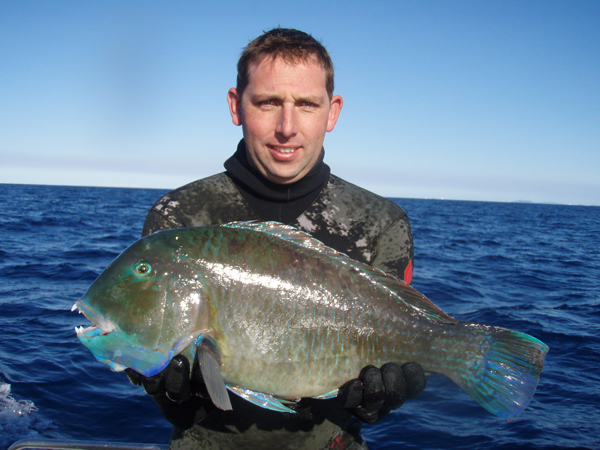 By lunch time when we arrived, the weather had done a massive turn and we were now faced with beautifully blue, calm water for the rest of the day! We made the best of it, determined to head home with some fish – and we did! Coral trout, tuskies, cray fish, stripey sea perch, spanish and cod quickly lined the eskies after just a few hours of diving.

After a rough start, the day turned out to be a heap of fun with many laughs had and great fish taken home by everyone! It’s great fun to mingle with spearos from different areas and more trips up North are definitely on the cards for the future.