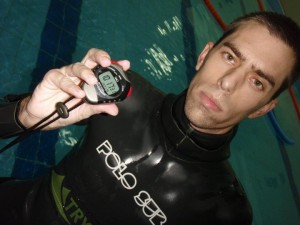 On January 7, 2012 in Belgrade, Branko Petrovic did a  12 min and 11 sec breath hold – a new world record at nearly a quarter of an hour! Petrovic increased amazingly on the previous time of 10 minutes and 23 seconds achieved at Submania Cup in Zagreb, November 2011. 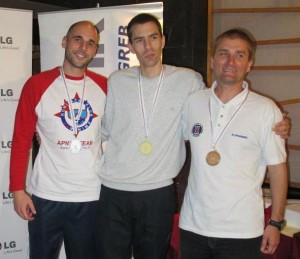 Petrovic hopes that this achievement “will help [him] to get some sponsors so [he] can do well in some other disciplines”.

These are the current Australian Freediving records, how do you measure up?

Constant Weight = depth dive with fins, no change in ballast