Thought i would share a little about the Ornate Crayfish (Panulirus ornatus).

These are a fun crayfish to chase for dinner, it has a maximum total body length of 50 cm, but usually much smaller (30 to 35 cm). Though not as tasty as the Eastern Rock lobster (my opinion) and not being a sweet in taste as the slipper cray fish, they are still an excellent meal.

However one of the downfalls of this crayfish is that when threatened it will make a loud squealing like sound that unfortunately attracts and is easily heard by sharks.

While up north a local village chef showed me how making a similar sound (as the crayfish in distress) he could attract large reef sharks. What he did was simple, he used a plastic soft drink bottle partially filled with water than began to roll it between his hands whilst underwater.

In shallow, sometimes slightly turbid coastal waters, from 1 to 8 m depth, with a few records from depths as great as 50 m. On sandy and muddy substrates, sometimes on rocky bottom, often near the mouths of rivers, but also on coral reefs. The species has been reported as solitary or as living in pairs, but has also been found in larger concentrations. 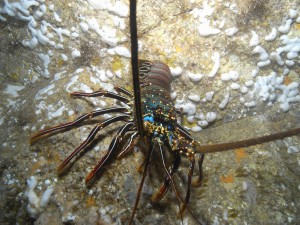 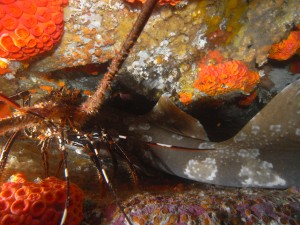 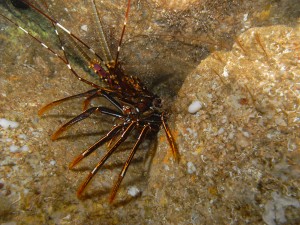 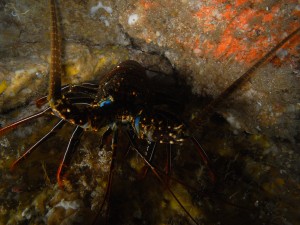 Here is a map showing the distribution of the species 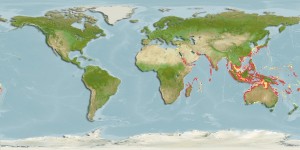