Thoughts on Shark Shields vary significantly. There are spearos who swear by them and will not jump in the water without one saying “as long as it makes a shark think twice about having a bite, sometimes that is all it takes”, and then there are spearos who scuff and point their nose in the air at the thought of them, saying that Shark Shields are unreliable and impractical for spearfishing. 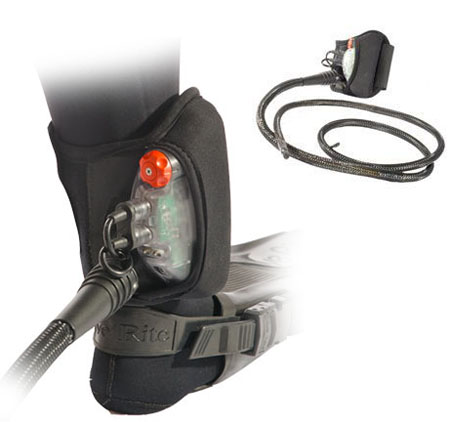 Over the next few months, Adreno hopes to debunk some myths surrounding the Shark Shield and answer some common questions we receive about them. Ultimately we hope to provide you with enough information for you to be able to make an educated decision as to whether the Shark Shield is a piece of equipment you should invest in and, if you do choose to buy a Shark Shield, how to dive with it effectively. Let us start off by explaining how the Shark Shield works.

Once you are in the water with the Shark Shield switched on it will create an electrical field with a 3-4m radius around the antenna. This is the “shark exclusion zone” and is detected by the predatory shark via the sensory receptors on its snout, known as Ampullae of Lorenzini. Because only predatory sharks have these receptors sharks such as wobbegongs will not be deterred by the electrical field, however these sharks are generally not considered dangerous to humans (just don’t go sticking your hand in one of their caves!). The shark will feel an initial mild discomfort when around a diver wearing a shark shield and this discomfort increases if the shark approaches the field, until it becomes intolerable, creating violent muscle spasms in the shark. The shark will then veer away and leave the immediate area. Because only sharks and rays have these sensory receptors, fish can't detect the field, so it won’t intervene with your hunting, just with you being hunted! The electronic wave-form used in the Shark Shield has been on the market since 1995 and the technology has slowly developed and culminated in the current Freedom 7 Shark Shield. 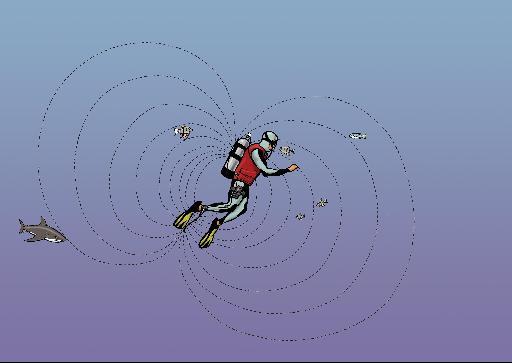 Some say that the device does not work, some worry that it scares off fish, and yet some simply take comfort in the fact that when they look down and see that green light on their Shark Shield, they take comfort in the fact that they have done everything possible to keep the sharks away. As Rob Torrelli, one of the top spearfishers in our country and indeed the world, has said “the shark shield is the only known deterrent to man, you’re definitely better off with one than without one, it’s your only protection under the water”. Hopefully over the next few months we can help you develop your own opinion!