Went for a quick swim with a few of the boys, Sharks Sharks and more sharks (Grey Nurse).

Over the past few decades numerous reefs and sections of coast line have been closed off to fishing and spearfishing as a means of protection for this species of shark.

The numbers of sharks estimated in the wild are between 300  to as much as an estimated 20000 although more likely to be around the 700-1200 range.

The Department of Primary industries (DPI) has been running a shark counting program and seem to be producing good results. By categorising each shark by its sex and then counting the spots (sort of like a birth mark and unique to each animal) they have been able to build a data base for the species.

Just great to be able to swim with such amazing animals, got some photos and had a ball diving with the boys. 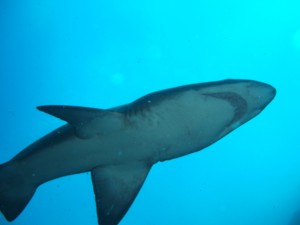 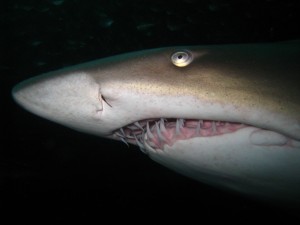