Slipper Lobsters / Crayfish these are a great crustacean to chase for a meal. The majority of time i have found slipper lobsters they have been in cave or cracks normally upside down attached to the celling of the cave. Though on the odd occasion i have found them walking on reefs (most likely feeding) Like all slipper lobsters, this species is a scavenger, and a carnivore that preys on small invertebrates and crustaceans, such as snails, worms, crabs, and prawns, as well as fishes, if an opportunity presents itself.

There are two main species of Slipper Lobster found in Australian waters, the aesop slipper lobster (S. haanii) and blunt slipper lobster (S. squammosus). Both are also commonly known as flat lobsters or slipper bugs. Slipper lobsters are found on both the east and west coasts. They are not regularly commercially fished, however they may be caught and marketed as part of the prawn trawl fishery bycatch. Found in depths up to 135 metres but can be found as shallow as 10 metres or less. The Meat is excellant in flavor. 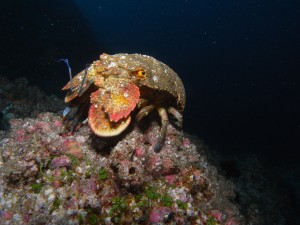 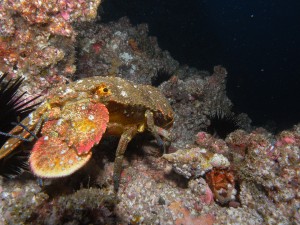