The weather leading up to the comp could be described as abysmal, big seas, buckets of rain driven by a howling southerly.  Come Saturday morning, suns out birds are singing wind swung round to the west and the ocean is smooth as a … with a solid east ground swell.  Safety officers make the call and the comp is on. At 8.30 the flag drops and all the boats except Steve Osborne who is paddle power on his trusty Surf ski: blast off North South and East.  Steve stoically paddled on finishing 3rd in the veterans.  One or 2 surprisingly passed and ambled off for apple Pie n cream with a large flat white.

The viz close in was a green 1 to 2 meters up to a respectable 10 to 12 meters out wide and up to 50 + meters out really, really wide. It was the sort of the day where you were forced to do a lot of up down and stick to a game plan, the usual spots had the fish if you were prepared to put the effort in and look for them.   Josh Green from Newcastle fished with Troy Lillendale from the workers club with Michael Groves going boaty. Josh had a bit of gear failure and ended using his 1400 cannon. Makes hard work harder but Josh still ended up running 4th on the day and 1st in intermediates, narrowly edging out Troy who ran 5th.  Troy had a stonking Boar Fish going 2kg. The in form Jack Lavender won convincingly on the day beating arch rivals Wazza 2nd and Oley Third. 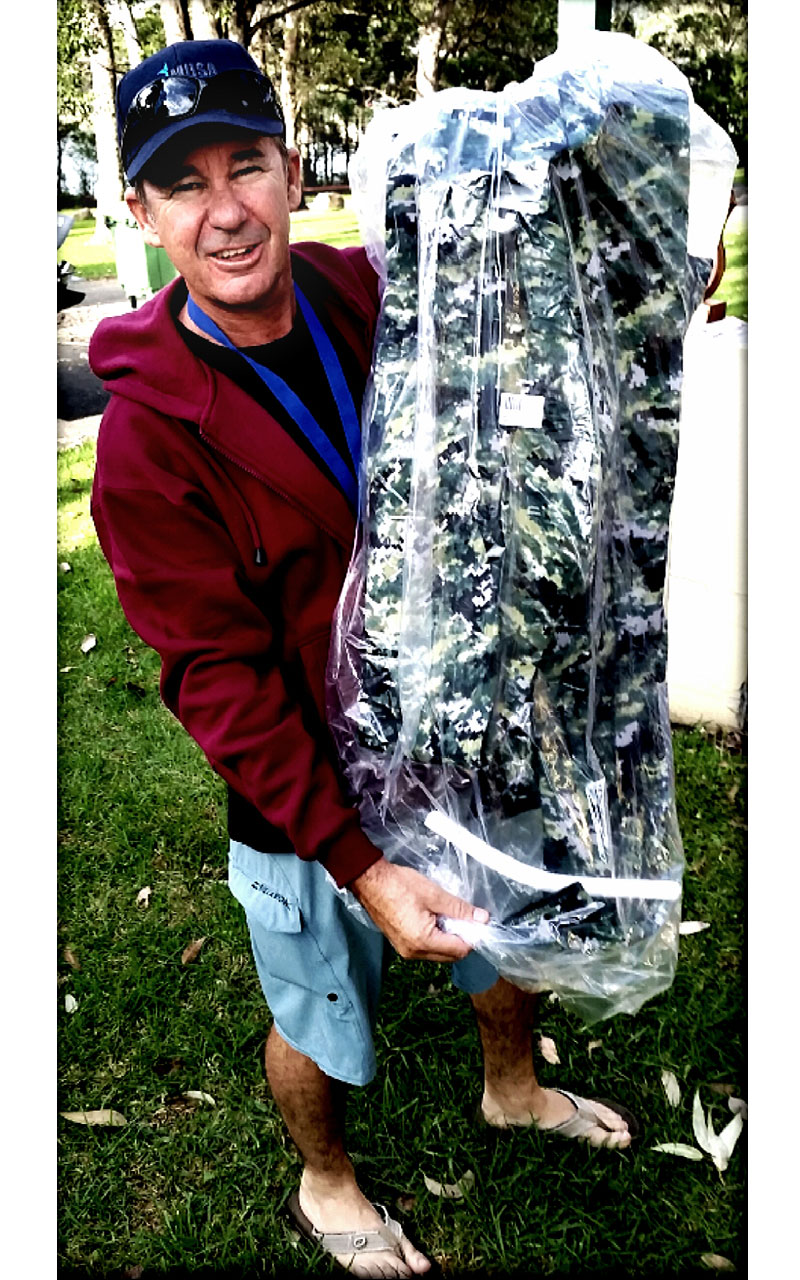 Eddie Skerry won Grand Masters fishing with Oley and boaty Ivan.  Ric Cummings was runner up., With over 80 years’ experience between them, diving since the hey days of the 60s these guys are still as keen as ever.

There were a couple of father and Son teams Phil Green and Mal rock hopped the muck with Mal Winning Sub Juniors Phil is going to have to lift his game soon as all 3 sons are winning their grades; A credit to you Phil.  James Friend fished with his son Josh, this was josh s first comp and did well, not only to fish the full day but also to work as a team and boaty for each other A lot of experience gained there Josh.

One Crew thinking outside the box and went out to the fads were it was flat warm and clear. Right at the end after several pass’s they struck gold with the Dolphin fish, John Cugali had the fish of the day with a pending Australian Record, for a Pompano Dolphin fish. A varied selection of quality fish were weighed in reflecting the skill of the divers.  There was great steak sandwich’s cooked by big Ric Cummings and drinks (did I mention Ice?? What Ice? No Ice?) What rhymes with ice??  Mark Schmitt and team on Score sheets and Ellis doing the math’s.

Due to a wind warning the second day was cancelled so an early presentation was enjoyed in the sunny calm morning.  The ocean was inviting, blue and flat, but strong dangerous winds were not far away. All in all it was a rewarding weekend away, some great prizes were won by all participating divers thanks to the organisers and sponsors such as ADRENO for their continuing support.