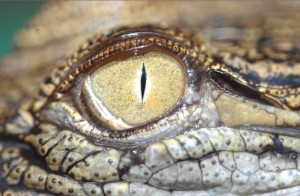 A second reported death of a spearfishermen within a week has again sparked the debate about how safe this sport is. Just last weekend a spearo in New Zealand disappeared while cathing a kingfish and a few days later keen fisherman and barge skipper David Fordson also died, in north Queensland. He was spearfishing on a perfectly calm day, but there were signs of a marine attack. Police suspect he was attacked and killed by a crocodile.

Missing Cairns-based Mr Fordson, 49, was the master of the cargo barge Torres Star and on Monday was ahead of schedule on his regular trip from Cairns to Horn Island, in the Torres Strait. Instead of arriving in port in the middle of the night, he decided to take a few hours to fish in the remote, clear waters off northeastern Cape York, in the Cairncross Island Group. But when one of his deckhands returned to the moored vessel at about 12.30pm, he noticed Mr Fordson had not come back.

Attack The deckhand raised the alarm, an air and sea search was launched and the man's float and speargun were discovered on Monday afternoon. Tuesday morning, police found Mr Fordson's body, bearing the signs of a crocodile attack. It is possible a shark was responsible, but police sources have told The Australian it appeared to be a crocodile.

Silentworld Shipping director Meyric Slimming said Mr Fordson's death was a big loss for his small company, where the skipper had worked for a year. "He was a really great guy; a good Aussie bloke," said Mr Slimming, who was flying back from interstate last night to support his staff.

WHAT DO YOU THINK?

Do you consider spearfishing to be a safe sport? Tell us what you think, below, or on our Facebook page!