"There's no Wi-Fi underwater, but we promise you'll find a better connection."

This ANZAC Day we’re putting our experience with freediving to the test and standing with our mates as they reinvent their lives away from the frontline. To explore the benefits of freediving, we have teamed up with Mates4Mates to provide them with diving equipment, as a way of giving our theory a fair go.

Who is Mates4Mates and what do they do?

-   Mates4Mates offers physical and psychological rehabilitation services for current and ex-serving Australian Defence Force (ADF) members and their families. -   They provide adventure activities, equine therapy and a variety of other holistic healing programs for returning diggers who may be suffering from the physical and mental effects of their service, such as Post Traumatic Stress Disorder (PTSD). -  Mates4Mates helps veterans reconnect their body and their mind. This is where Tim Thomas, an ex-Special Forces Soldier, found freediving most beneficial.

What is PTSD and how does it affect a person?

-   PTSD is a psychiatric disorder that can occur following the experience of a life-threatening event such as war. -  Approximately 26,000 Australian soldiers served in Afghanistan and it is estimated one in 12 have or will develop Post Traumatic Stress Disorder (PTSD). The suicide rate among veterans is an issue becoming more widely reported. -   Tim told us when he returned to Australia from service abroad he nearly lost his family through PTSD. Ultimately, he felt purposeless. -People with PTSD can feel disinterested and disconnected from everything around them. Sufferers can begin to think this negative state is permanent.

How can freediving help those suffering PTSD?

-   Tim, an avid free diver, says the breathing exercises involved in freediving helps to calm the nervous system down. -   When the nervous system of someone with PTSD is calm, it allows them to process information better. Mates4Mates provides physical, psychological and social support for Australia’s past and current servicemen and women, in the hope of changing this statistic. We hope this donation can start a conversation about PTSD and provide an unconventional way to help those who have sacrificed so much for us. If you’d like to assist in donating to the great work Mates4Mates does you can do so at mates4mates.org. If you’d like to read Tim’s inspirational story of pain and triumph, please read on.

“We were heading into a RPG (Rocket Propelled Grenade) ambush, so the order was given to put the armoured vehicles down the back. This is because it’s the last vehicle in the convoy that gets attacked as it’s the least defended. In the confusion, my vehicle got cut off and ended up as last in the convoy, which is a dangerous position to be in when you’re in an unarmoured, open-top 4WD about to have RPG’s rain down on you. Our vehicle commander said, “If this goes the way I think it will, it's been a pleasure serving with you.” This wasn’t a movie…I was mad as hell! I wasn’t scared of dying, but to think that my dead body was going to get carried with the Australian flag draped over it while my wife and kids watched on crying, all because this A**hole cut me off! My emotional state started shutting my body down. For some reason, I started thinking, ‘Do I know of anyone who’s been in this position? How did they get through it?’ I couldn’t think of anyone; that is until I thought about the ANZACs going up that beach… It was 100 years ago, but on the blackest of nights in Afghanistan, the ANZAC legend illuminated it like day. My spirits lifted and with new found courage, a resolution came to me. I said to myself, “They might find my dead body in five minutes’ time, but you know what they’re NOT going to find? Magazines full of bullets! I am expending all my ammo (ammunition) before I die. That’s for sure!” As we were entering the ‘Kill zone’, in that placeof death, I actually found a new way to live. I said to myself, ‘Whether they find my dead body in five minutes or 50 years time, I am expending all ammo. My magazines carry bullets, but my mind carries thoughts, idea’s and dreams and it's time to start forcing them OUT before I die.” I thought, “I can’t change the fact that my body will eventually die. However, if I do live through this ambush, and do actually die old; people looking at my old dead body won’t be able to tell whether if I expelled all the ammunition of my thoughts and dreams… but dying with a smile, I will…” For more information visit mates4mates.org Video edit : Oliver McLure Footage: Oliver McLure and Clark McNulty Photography: Clark McNulty 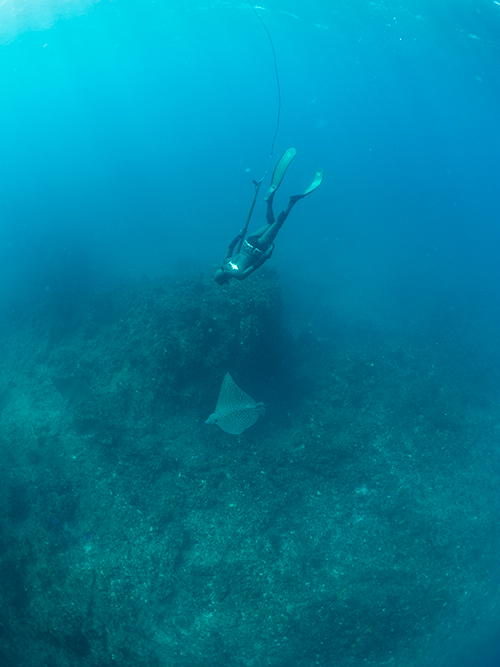