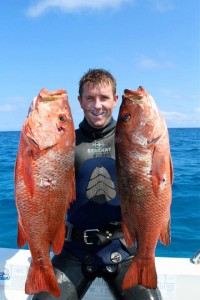 The Estuary 5 category of the Big 5 online spearfishing competition includes Mangrove Jack, Barramundi, Threadfin Salmon OR Queenfish, Flathead, and Fingermark. You can find the entire species and competition rules list here. In this weeks ‘Species Identification’ blog, we will look at the beautiful eating, and mean-looking, Mangrove Jack.

Jacks as they are more commonly known are a member of the Lutjanidae family portraying sharp canine teeth, strong jaws and large dark eyes. They vary from grey-green to deep natural reds in colour. Typically, they are speared around the 3-4kg mark, however amazing specimens of up to 14.5kg have bee speared. Despite this, the World Record for Mangrove Jack (Lutjanus Argentimaculatus) is just 10kg.

Where can I find Mangrove Jack?

Mangrove Jack are present in both coastal estuarine and reef systems. Younger fish occupy estuaries and rivers to the extent of tidal influences, moving seaward when they reach about 3 kg in weight. Lower tidal estuaries are a great place for smaller Mangrove Jack to hide, taking advantage of the available cover and food supply offered by mangrove systems - however, they are often safe here from spearos as the visibility and legal restrictions prevent us from spearing these areas typically. Indeed, cover is an essential part of Mangrove Jack territory so look for snags, submerged vegetation, roots, rocks, logs, rock walls, bridge pylons and jetties. Current is also important and can give an indication of a Jack's presence. If the tide is flushing in or out schools of bait fish, Mangrove Jacks' will, most probably, be in the area. Of course, caves and even open ocean reefs also often hold large Mangrove Jack. In this way, they are a very diverse species. 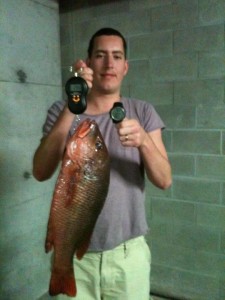 How can I hunt Mangrove Jacks?

Hunting Mangrove Jacks is mostly a case of knowing where to look. Mangrove Jacks are usually found in or around some good cover - such as caves or ledges. When shooting into a cave, you may want to 'choke' your rubbers, or shoot with just a single rubber rather than both rubbers. This will help to prevent your spear from becoming lodged deep inside the cave. Typically, if a Mangrove Jack is swimming around openly, keep in mind that they will generally only give you one pass at them - they will swim by once looking at you, but keep moving. They are not like Trout. You will need to take your shot when you can.

Mangrove Jack are renowned as being the best eating  Estuary Fish. You can cook them almost any way and the meal will still taste amazing. Baked whole, mixing with seasoning, fried, added to curry or wrapped up for fish tacos - it all tastes great! 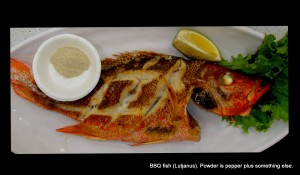 Any other info about Mangrove Jacks?

Mangrove Jacks are so named as they spend a large percentage of their juvenile life sheltering in extensive northern mangrove systems.

With the Junior Australian record being just 3.4kg, this is a great record for a junior to chase!