I have recently shot my first Yellowlip Emperor (Lethrinus xanthochilus) and thought I would share with you some information about this species of emperor.

Yellowlip are found throughout the Indo-Pacific: Red Sea, East Africa and the central Indian Ocean to the Marquesas Islands, north to the Ryukyu Islands.

Their body is yellowish gray with scattered irregular dark spots; lips yellowish, the upper lip more intense; a red spot at upper base of the pectoral fin. The fins are bluish grey and mottled, the bases of the fins are lighter and the edges of the dorsal and caudal fins are reddish.

This species can grow to a length of about 70cm max but average around the 60cm mark and can weigh up to 5.5 kgs. The current Australian record is 5.0 kgs. 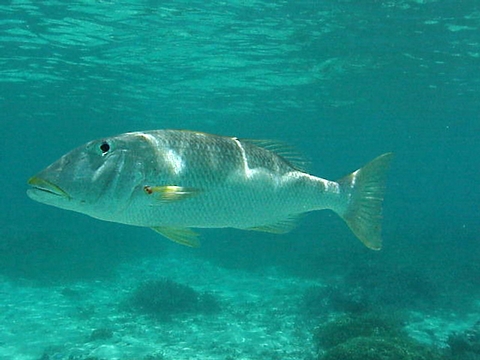 My mate Quinn and I decided to do a fun day and take the girls out for a leisurely dive on Sunday followed by lunch on Vlassoff Cay. We headed out to the tip of Arlington at about 7am to dive the shallows in hope of finding a Cray or two. I was diving with Cassie and even got some footage of her shooting her first Coral trout with my trusty Beuchat Marlin 95. After a lot of searching and coming up empty handed, the girls quickly got over it and gave the boys the ok to hit some deeper stuff before lunch. We were already a fair way out so Quinn and I decided to hit a spot that has produced some quality fish before while the girls played boaties. 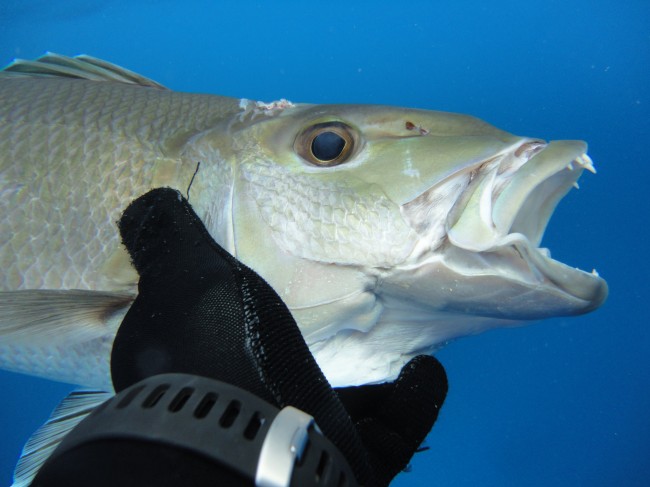 We arrived at the spot and drove around for about 5 minutes looking for bait on the sounder and figuring out which way the current was going. I dropped in with just my reel gun and immediately saw Spanish Mackerel and Green Jobfish swimming around. Since I already had a freezer full of Spanish I decided to leave them alone and chase the Jobbies which was extremely hard with no burley. Quinn jumped in and shot a nice Spanish only to have the tax man absolutely smash it but left us enough for burley for our next drift. After the Bronzy was done I noticed a few fish coming in for a free meal and breathed up for a dive. Making my way down I saw Yellowlip Emperor, Coronation Trout and a Green Jobby. Decisions, decisions.... As I hit the bottom at 19m all 3 fish scattered and I wondered what had scared them off? I waited for a bit as there was still a few pieces of Spanish floating about and the Yellowlip came back past me about 15ft away and looked like a very solid fish. I extended my gun out, trying not to make eye contact until the last second before lining it up and pulling the trigger. As my shaft hit the top of its head it did a complete backflip before laying there motionless on the bottom, stone dead! 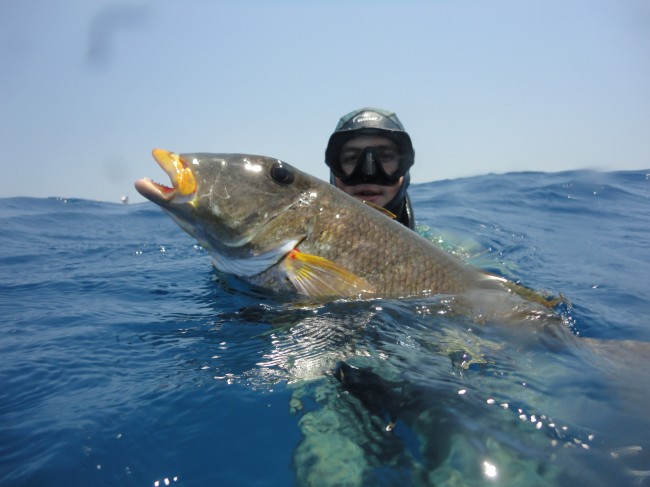 When I got this fish in my hands I was absolutely stoked as it was not only the first one I had shot but a good one at that! It went 4.3kgs which is only 700g off the Australian record. 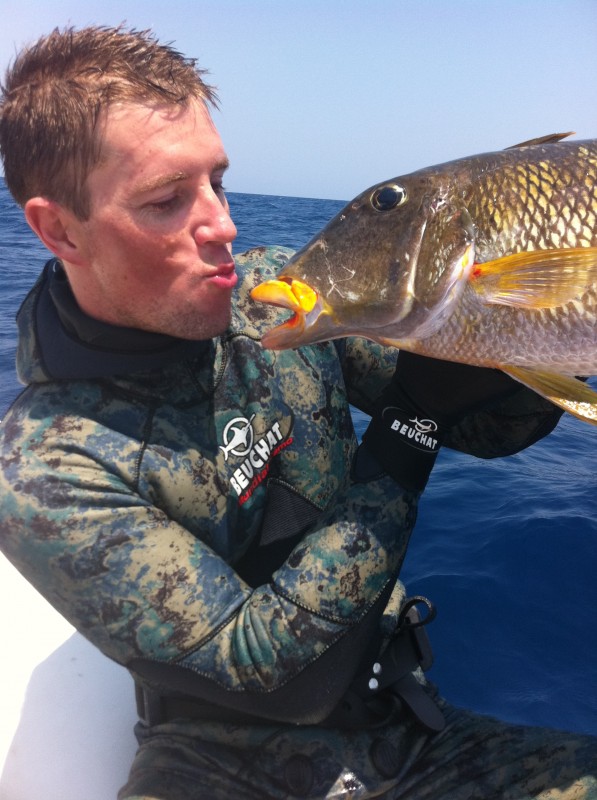 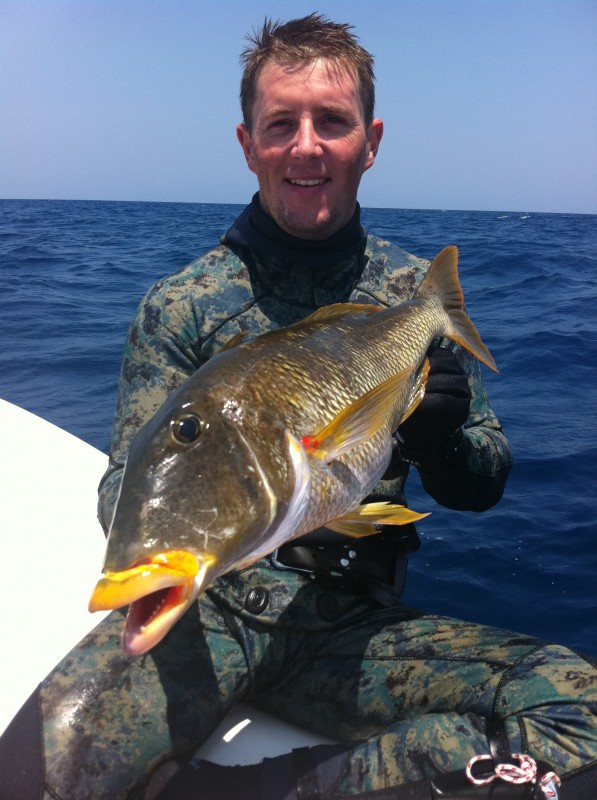