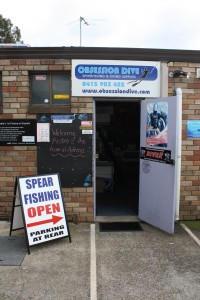 Fifty keen Sydney spearos huddled in the large Bass & Flinders room of the Tradies club in Gymea, Sydney, on Friday night to meet triple world champ, Pedro Carbonell. Shirts were signed and photos were taken as the divers waited in eager anticipation for Pedro to share some of his bounty of knowledge with the group.

We arrived in Sydney at 9:30am that morning. Our first stop off was a visit to Craig and Justine at Obsession Dive. We were greeted with a “Welcome Pedro and the Adreno team” sign and a table full of muffins, cookies, soft drinks, tea and coffee – it was just the beginning of the amazing hospitality we would receive over the next three days. I also had the privilege of meeting Sue Dockar, a previous Australian Ladies champ, who’s other claim to fame culminated in the tragedy that was the 1983 National Titles. Her amazing tale deserves it's own blog post so i'll share that with you later this week. 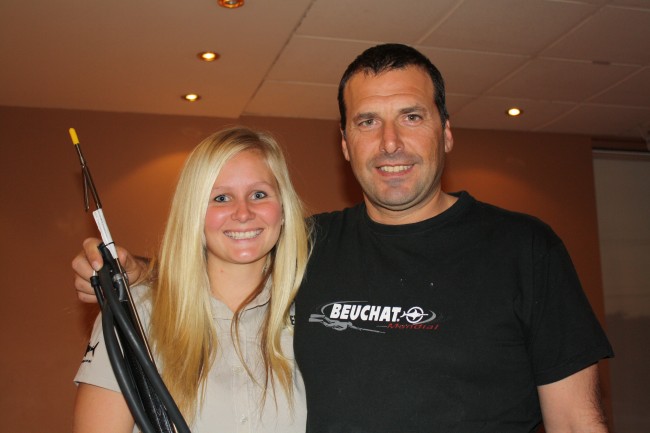 Later that night we all drank and ate while the four Sydney clubs mingled together, eventually gathering around the tables to hear Pedro talk and then the divers were able to ask their own questions of the champ. Here are some things about Pedro that I learnt:

The questions went on for a couple of hours! Finally, it was time for the very last question, and one that many of the divers considered of utmost importance to them and therefore they needed Pedros informed opinion…”How do you get your wife to let you go diving?!” Pedro laughed and said that he was already a professional spearfisherman before he married and so the rules were already set. He said that his wife could ask him to stay home, but she never does because she knows he will always just go anyway. But when they go on holidays, Pedro said, he is not allowed to take his guns! So there you go guys – set the rules before you get involved with a girl! After more photos and signings the numbers gradually dwindled and we headed back to our hotel for some much needed sleep as the following day would be Pedro’s first time diving Australian waters. 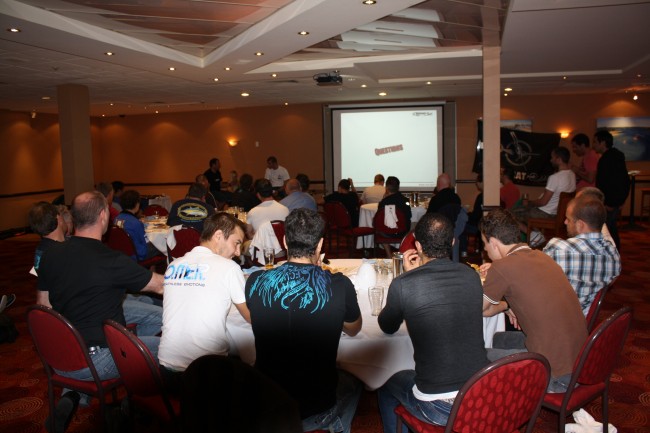 I'll bring you more reports from our Sydney trip including the Alliman Cup that was held yesterday. Remember Adreno is holding another party tomorrow night that is set to be bigger and better than Sydney's so make sure you pop in to the Norman Hotel from 6:30pm.