Keen spearos Nathan Podmore and Dave Richards had been in the water off Geraldton, WA, for no more than a couple of minutes when they sensed they weren't alone. The pair were lucky enough to capture their ordeal on video and have described having to fend the Great White off as a "life-changing experience". 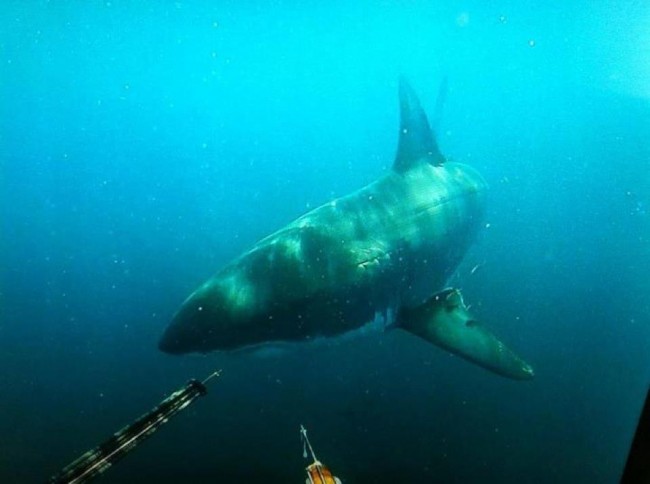 "Nathan was on the top of the water getting ready to go down and I felt something moving behind me," he said. "I turned around and all I saw was the back section of the shark. Mate, it was a metre away. My heart sank and I just tried to get Nathan's attention." The encounter is a prime example of the importance of diving with a buddy at all times.

The 26-year-old spearos did all of the right things to avoid a possible tragedy - stuck together, kept their eyes on the shark, moved calmly, were careful not to make any splashing or sudden movements, and did not provoke or attack the White except to nudge it away with their guns.

The West Australian reported on the story this week stating, 'At one point [the Great White] darted between the men and their boat before turning towards them. Armed with their spear guns they had to make the split-second decision whether to shoot at the shark'. The West Australian online has provided a video of the White coming close enough for the spearos to have to prod her away.

"People might say shoot it, but I think it would only bounce off and p… her off. We jabbed her a couple of times when she came too close for comfort."

"When we got to the boat I didn't take my head out of the water until I knew I had a three or four seconds to get on to the boat," Mr Podmore said.

WA is now the deadliest place in the world for Great White shark attacks, with four deaths since September and many narrow escapes.

Despite their close call, Nathan and Dave haven't been deterred from doing what they love.

"I know the risks I take when I jump in. I have enormous respect for the ocean," Mr Podmore said. 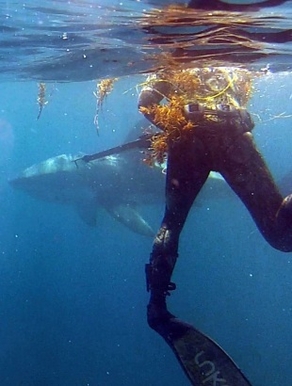