A massive congratulations to Trevor Ketchion who has placed first overall in the 2016 Big 5 Online Spearfishing Competition! 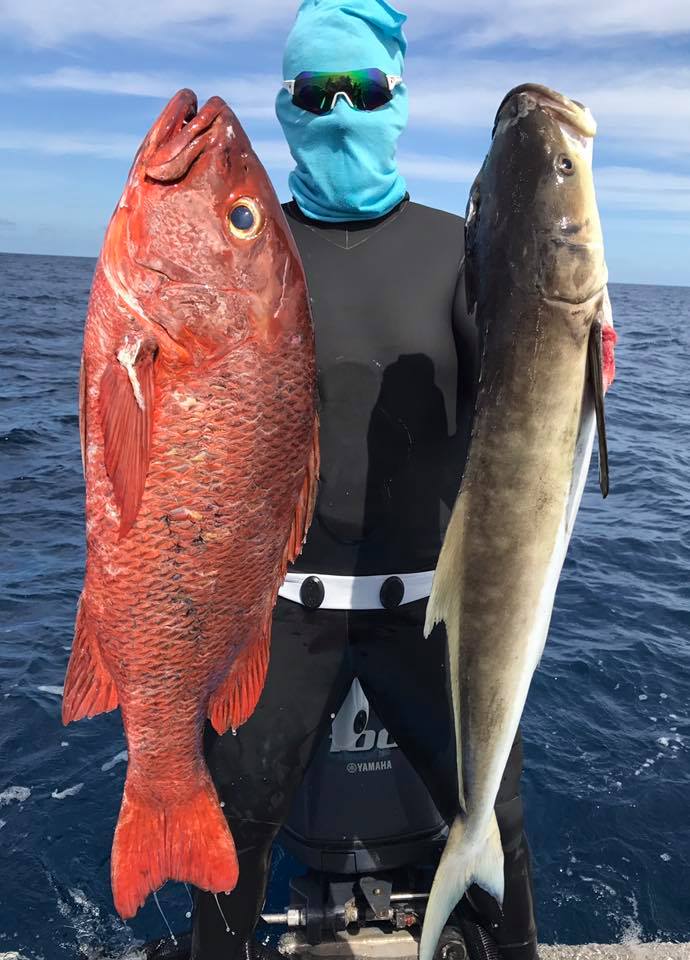 Most spearos in Australia would know or know of Trevor but if you don't, he's one of the most dedicated spearos in the country. You'll find Trevor out spearfishing in any conditions, at any time of day or night (where allowed...), at almost any depth fathomable to a freediver, and he's also constantly searching for new ground.

A combination of skill and pure guts makes Trevor one of the best spearfishers in Australia. He's gotten himself into hot water on national news for poking a 5m Great White Shark away, he's had his fins bitten by a Tiger Shark he never saw coming, and his daughter has probably posed next to more fish than any other toddler in the World. 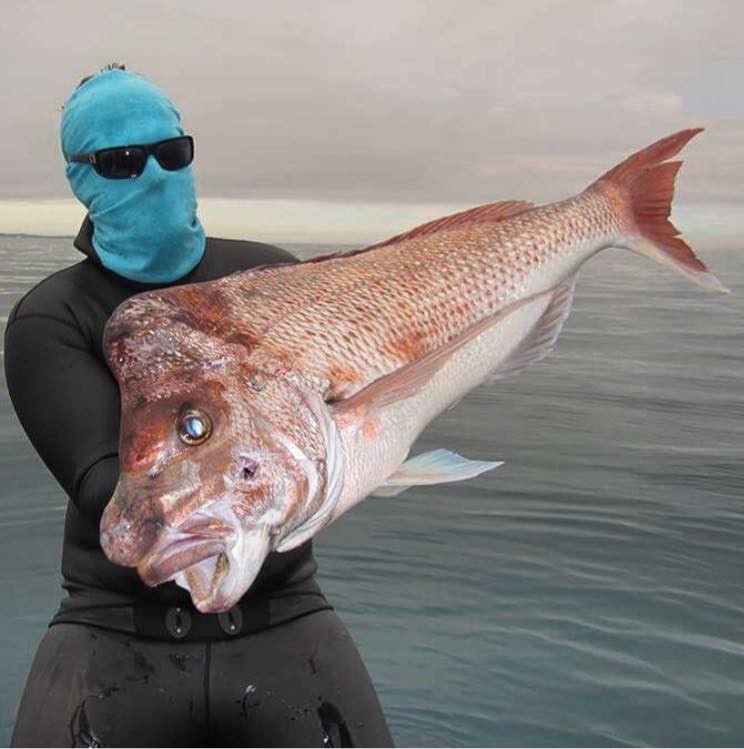 Elusive and prized! Trevor with an incredible Snapper.

We're extremely lucky to call Trevor one of our own here at Adreno and, in between serving customers in our Brisbane spearfishing store, we try to squeeze as much information from him on video as we can to share with keen spearos worldwide. You can watch some of his spearfishing videos and spearfishing tips over on our YouTube channel.

A massive congratulations to Aaron Puckeridge who has placed 2nd overall in the Big 5 online spearfishing competition in 2016. Aaron has taken out the competition and many of its prizes in the past four years since its inception. 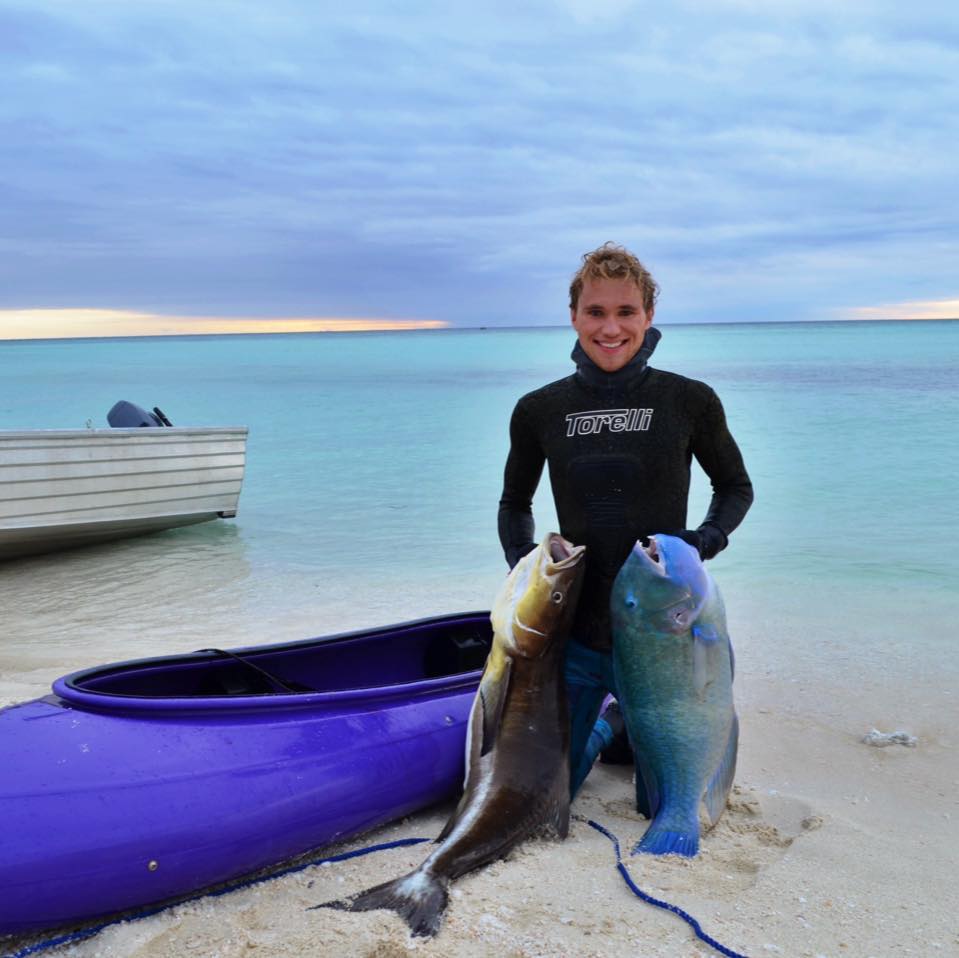 Aaron's Dad might be a nine-time Australian national spearfishing champion, but Aaron has well and truly come into his own in the sport. The youngest ever member of the Australian spearfishing team and.... well... pretty much the youngest ever spearo to do anything notable in spearfishing! He's won more competitions, claimed more records, and clocked more dives than 99% of spearos will in their entire lives, and he's only 19. 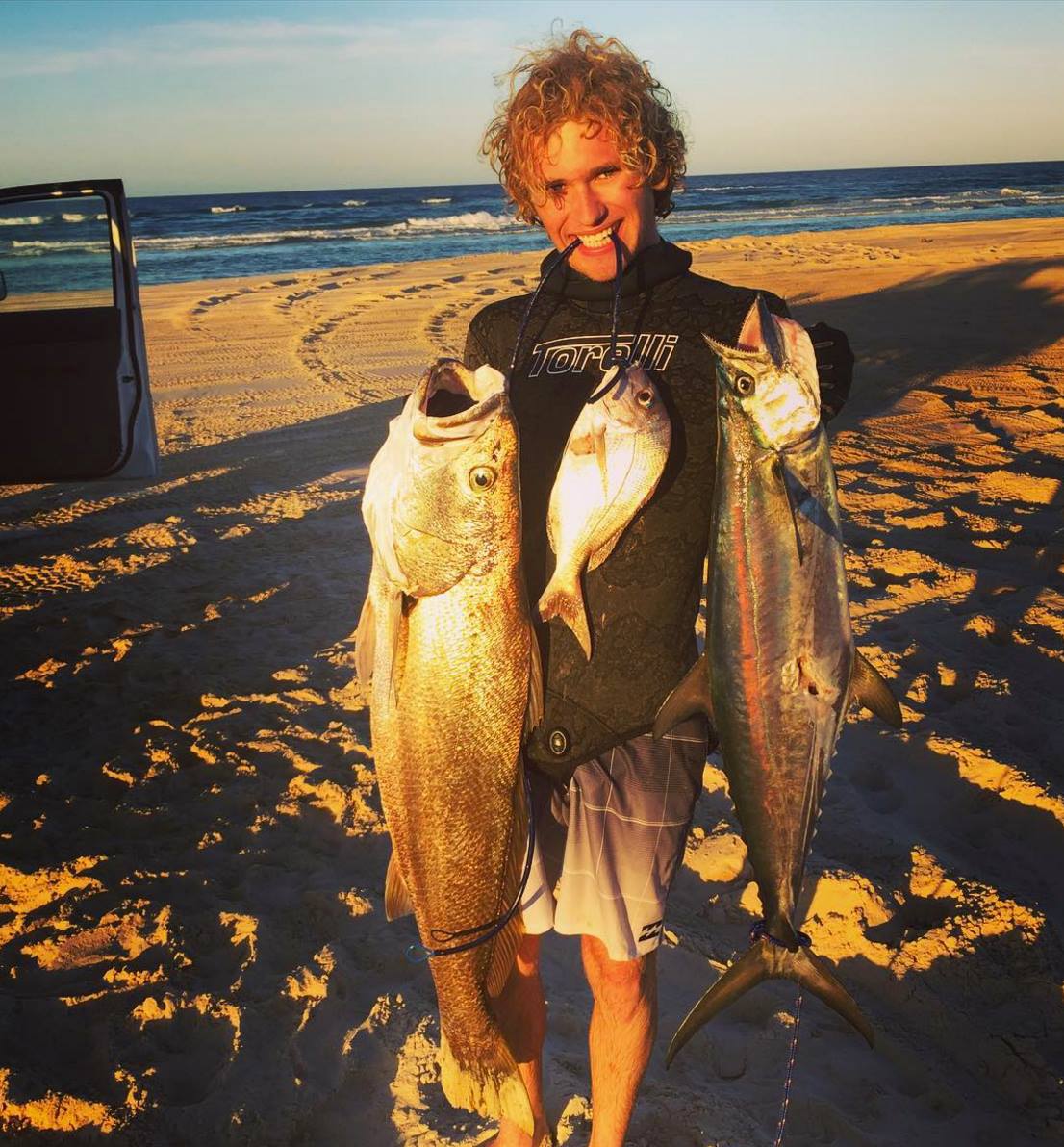 While his underwater hunting skills are seemingly out of this World,  you'd struggle to find a more humble spearo.

Stoked to announce Jade Dean as 3rd place overall winner and Emperor 5 category winner in the 2016 Big 5. Given Jade's location in Northern Territory, which is not always the friendliest place to get out spearfishing, to knock out 3rd place is an incredible feat. 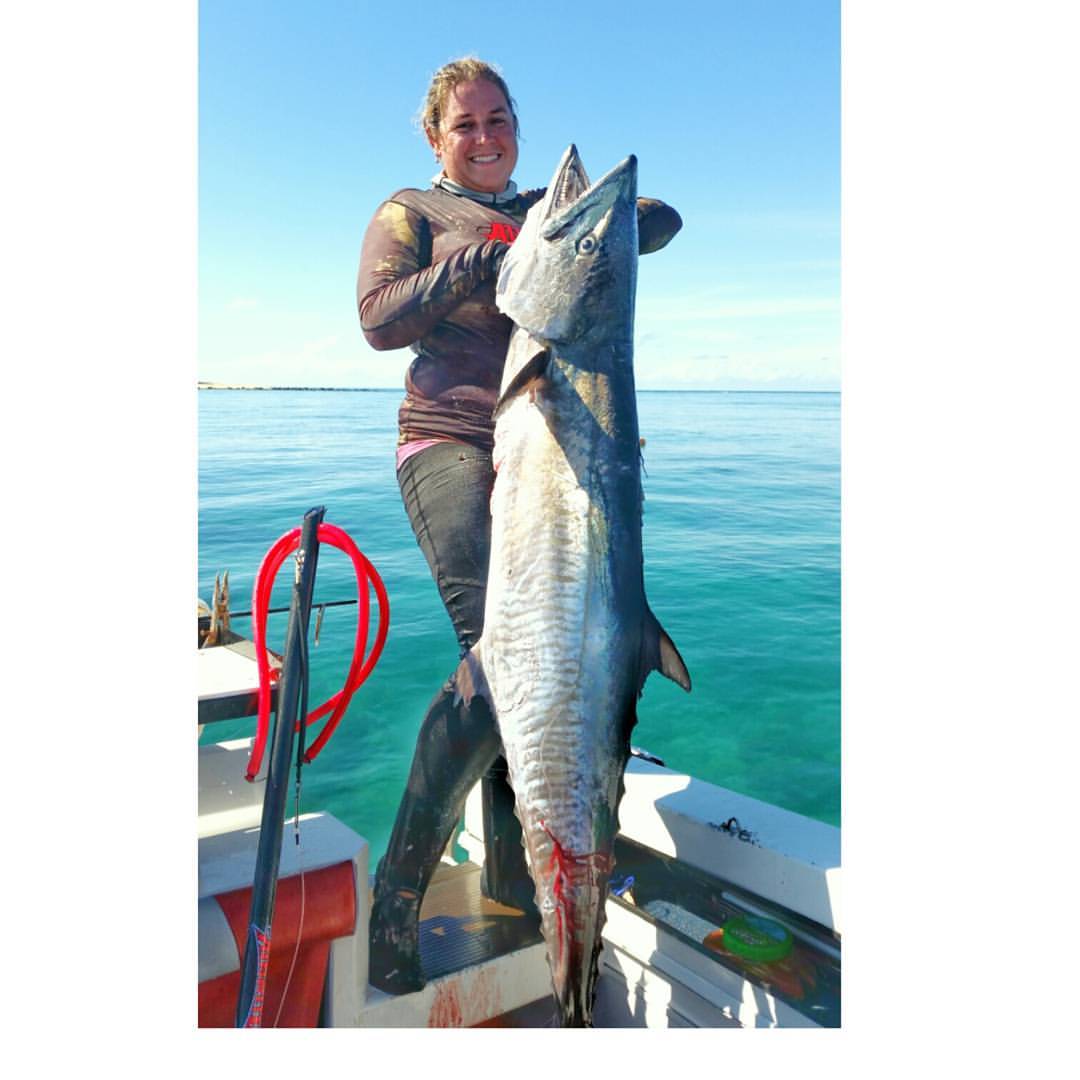 This, this is a Spanish Mackerel!!!

Jade is an incredible spearo by any standards, but she's also the first woman to have taken out a podium spot in the Big 5 online spearfishing competition! A mum, wife, hunter and all-round awesome person, Jade should be incredibly proud of her position in this competition. 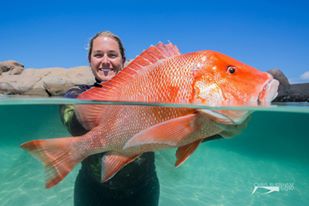 Southern diver Nathan Watson has taken out this year's Southern 5 category! Spearfishing in the Southern waters of Australia can be testing at times. The water is cold, the fish can be scarce, and the sharks (especially Great Whites..) can be plentiful.

Congrats to Nathan on taking out this spot! 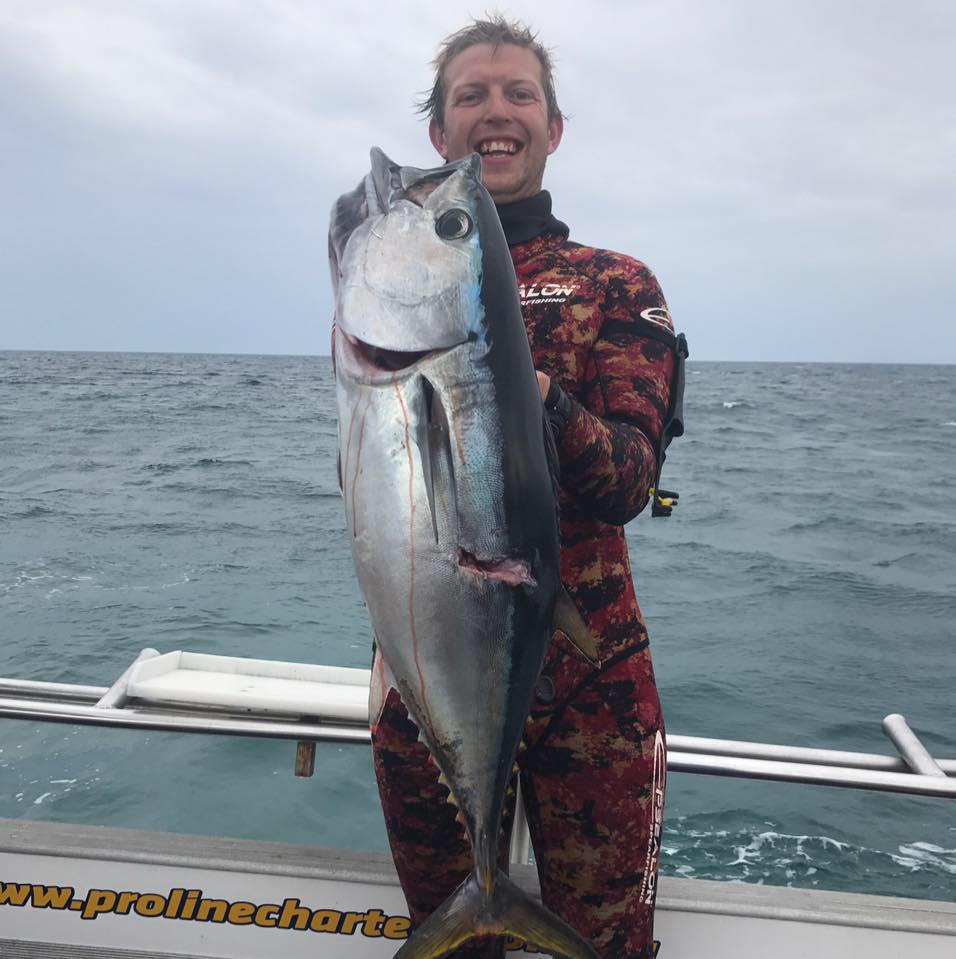 Running the Big 5 competition over the past four years has been a lot of fun. It was the brainchild of Adreno Founder Tim Neilsen who dreamt of a competition that could be entered by any spearo in Australia, without any barriers to entry, to measure themselves up against some of the best in the country.

It may be back in the future, and we'll continue to run smaller competitions throughout the year, but it has become too much work to stay on top of organising prizes, providing score updates, and moderating catches.

More importantly, we've noticed a precise lack of information available for spearos available online, so instead of focusing energy on a competition we've decided to focus on providing more value to the spearfishers all over the World in the form of spearfishing videos, tips, how-tos and product reviews.

To everyone who has entered the competition over the years, taken home incredible prizes, and enjoyed it - we thank you for your participation. It's been fun!!!