The Australian Underwater Federation (Queensland) held their AGM on the weekend. Adreno's Kahlee Andrews attended on behalf of her club, Sunshine Coast Skindivers, to vote on important decisions that may affect us all.

At the meeting each year, certain awards are given out to people in the AUF for outstanding achievements.

Skindiver of the Year Award: For services rendered to the AUF commnuity (hockey, spearfishing, scuba diving etc). This was awarded to Jessica Morgan for her outstanding services to Underwater Hockey. Jess dedicates a lot of time and effort to helping the sport grow, teaching kids at schools, and encouraging players to keep training for states and national titles.

Sportsperson of the year award: For outstanding performance at competitions at a club, state, national and international level. This year the Sportsperson of the Year trophy was awarded to Sunshine Coast Skindiver Ben Thompson who won the National Spearfishing Championships over 8-time Australian Spearfishing champion Ian Puckeridge, came fourth overall at State Titles and second in his age division, is representing Australia at the Interpacific Spearfishing championships, and won his club-level competition. 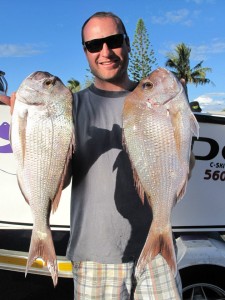 Most Meritorious Open Fish: This does not have to be a record fish, but typically only records are nominated so that is all that can be voted upon. This year, Sunshine Coast SKindiver Brendan Chan very deservingly took out the category with his 39.8kg Greater Amberjack. Other possible fish included a 16.1kg Pennant Fish, 13.9kg Red Emperor, 21.2kg Highfin Amberjack, 13.9kg Green Jobfish and a 6.95kg Sailfin Snapper. It was a difficult decision! 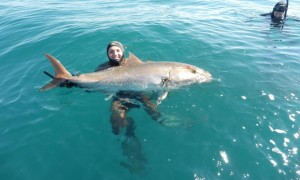 Most Meritorious Ladies Fish: There were only a few fish entered for this category, but Sunshine Coast Skindiver and Adreno Team member Kahlee Andrews took it out for the second year in a row with her 7.45kg Queensland Record Green Jobfish. 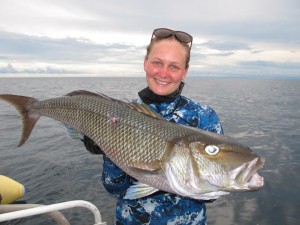 Most Meritorious Junior Fish: There was only one fish entered for this category! Michelle Botes, of Curtis Coast Spearfishing Club, took out the award with her 7.9kg Ladies Record Spanish Mackerel. 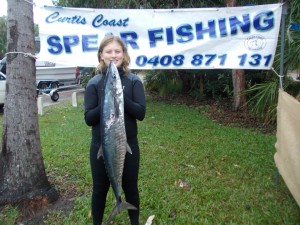 Congratulations to all on your great achievements!